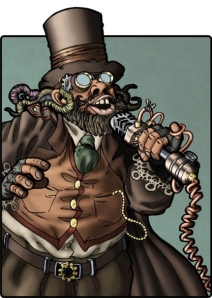 Funk is a very distinct style of music based on R&B, soul and jazz which is characterized by a strong bassline – often in the percussive “slap bass” style of Larry Graham (originally of Sly & the Family Stone), complex rhythms and a simple song structure.

The name “Funk” originated in the 1950s, when “funk” and “funky” were used increasingly as adjectives in the context of soul music — the meaning being transformed from the original one of a strong, pungent odor to a strong, distinctive groove.

Funk de-emphasizes melody and harmony and brings a strong rhythmic groove of electric bass and drums to the foreground. Funk songs are often based on an extended vamp on a single chord, distinguishing it from R&B and soul songs, which are centered on chord progressions.

Funk typically consists of a complex groove with rhythm instruments such as electric guitar, electric bass, Hammond organ, and drums playing interlocking rhythms. Funk bands sometimes have a horn section of several saxophones, trumpets, and in some cases, a trombone, which plays rhythmic “hits”.

In early jam sessions, musicians would encourage one another to “get down” by telling one another, “Now, put some stank on it!” At least as early as 1907, jazz songs carried titles such as Funky Butt.

A great deal of funk is rhythmically based on a two-celled onbeat / offbeat structure, which originated in sub-Saharan African music traditions. New Orleans appropriated the bifurcated structure from the Afro-Cuban mambo and conga in the late 1940s, and made it its own. New Orleans funk, as it was called, gained international acclaim largely because James Brown’s rhythm section used it to great effect.

Funk creates an intense groove by using strong guitar riffs and bass lines, using bass lines as the centerpiece of songs. Slap bass’s mixture of thumb-slapped low notes and finger “popped” (or plucked) high notes allowed the bass to have a drum-like rhythmic role, which became a distinctive element of funk.

In funk bands, guitarists typically play in a percussive style, often using the wah-wah sound effect and muting the notes in their riffs to create a percussive sound. Guitarist Ernie Isley of The Isley Brothers and Eddie Hazel of Funkadelic were notably influenced by Jimi Hendrix’s improvised solos. Eddie Hazel, who worked with George Clinton, is one of the most notable guitar soloists in funk. Ernie Isley was tutored at an early age by Jimi Hendrix himself, when he was a part of The Isley Brothers backing band and lived in the attic temporarily at the Isleys’ household. Jimmy Nolen and Phelps Collins are famous funk rhythm guitarists who both worked with James Brown. On Brown’s Give it Up or Turn it Loose (1969), Jimmy Nolen uses his guitar like an African drum, pounding out a rhythm that moves the soul.

Some of the best known and most skillful soloists in funk have jazz backgrounds. Trombonist Fred Wesley and saxophonist Maceo Parker are among the most notable musicians in the funk music genre – both of them working with funk maestros, James Brown, George Clinton and Prince.

Famed and flamboyant singer and musician, Little Richard led a saxophone-studded, R&B road band in the mid-1950s, which was credited by James Brown and others as being the first to put the funk in the rock-and-roll beat. Following his temporary exit from secular music to become an evangelist in 1957, some of Little Richard’s band members joined Brown and The Famous Flames, beginning a long string of hits for them in 1958.

By the mid-1960s, James Brown had developed his signature groove that emphasized the downbeat – with heavy emphasis on the first beat of every measure to etch his distinctive sound, rather than the backbeat that typified African American music. Brown often cued his band with the command “On the one”, changing the percussion emphasis / accent from the one-two-three-four backbeat of traditional soul music to the one-two-three-four downbeat – and featuring a hard-driving, repetitive, brassy swing. This one-three beat launched the shift in Brown’s signature music style, starting with his 1964 hit single, Out of Sight and his 1965 hit, Papa’s Got a Brand New Bag.

Brown’s innovations led to him and his band becoming the seminal funk act, pushing the funk music style further to the forefront with releases such as Cold Sweat (1967), Mother Popcorn (1969) and Get Up (I Feel Like Being A) Sex Machine (1970). Late 1960s – early 1970s

Also from the West Coast area, more specifically Oakland, California, came the band Tower of Power, which formed in 1968. Their debut album East Bay Grease, released in 1970, is considered by many as an important milestone in funk. Throughout the ‘70s, Tower of Power had many hits, and the band helped to make funk music a successful genre, with a broader audience.

In 1970, Sly & the Family Stone’s Thank You (Falettinme Be Mice Elf Agin) reached #1 on the charts, as did Family Affair in 1971, afforded the group and – and funk – crossover success and greater recognition.

George Clinton, with his bands, Parliament and Funkadelic, produced a new kind of funk sound heavily influenced by jazz and psychedelic rock. The two groups shared members and are often referred to collectively as “Parliament-Funkadelic”.

Funk music was also exported to Africa, and it melded with African singing and rhythms to form Afrobeat. Nigerian musician Fela Kuti, who was heavily influenced by James Brown’s music, is credited with creating the style and terming it “Afrobeat”.

Rick James was the first funk musician of the 1980s to assume the funk mantle dominated by P-Funk in the 1970s. His 1981 album Street Songs with the singles Give It To Me Baby and Super Freak resulted in James becoming a star, and paved the way for the future direction of explicitness in funk.

Beginning in the late 1970s, the artist Prince used a stripped-down, yet dynamic, instrumentation similar to James, combining eroticism, technology, an increasing musical complexity, and an outrageous image and stage show to ultimately create music as ambitious and imaginative as P-Funk.

Similar to Prince, other bands emerged during the P-Funk era and began to incorporate synthesizers and other electronic technologies to continue to craft funk hits. These included Cameo, Zapp, The Gap Band, The Bar-Kays, and The Dazz Band.

Influenced by the Japanese band, Yellow Magic Orchestra and the German band, Kraftwerk, the African-American musician Afrika Bambaataa developed electro-funk – a minimalist, machine-driven style of funk – with his single Planet Rock in 1982. Also known simply as electro, this style of funk was driven by synthesizers and the electronic rhythm of the TR-808 drum machine. The hit single Renegades of Funk followed in 1983.

After 1983, Funk saw a decline, with hip-hop taking over the spotlight.

However, with the growing popularity of Steampunk among Blacks worldwide, Steamfunk music had to happen. And it has happened in a big way! Today, the popularity of funk is seeing resurgence as artists of African descent in hip-hop, rock and even club dance music are bringing the funk to Steampunk – artists such as T-Pain, Alex Cuba, Props! And Nikki Minaj.

Join us at the Mahogany Masquerade on Friday, October 26, 2012 as we explore the Steamfunk Movement in music, cosplay, films, literature and more!

Come out in your (Steam)funkiest gear and enjoy The Mahogany Masquerade: An evening of Steamfunk and Film!

Enjoy the four short films that will be screened; engage authors, filmmakers and artists in a panel discussion on the Steamfunk Movement; shop for books and movies in our bazaar and meet and greet your fellow Steamfunks, Steampunks, and lovers of Science Fiction and Fantasy!

This event is FREE and open to the public!