The State of Black Science Fiction: Filled with Possibilities! 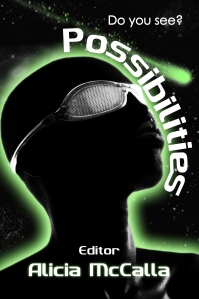 In fact, the State of Black Science Fiction 2012 blog tour and Steampunk activist and journalist, Jaymee Goh, were the inspirations for me to start this Chronicles of Harriet website.

When we decided to form a collective of authors called State of Black Science Fiction, we chose to do a collective story, called Possibilities that we would read at our presentations. Since that time, other authors have added stories and Possibilities has grown into a book, which is now available – for free – on Smashwords!