The Coldest Wynter Ever

The Coldest Wynter Ever

A Lesson Learned; A Tale of Terror 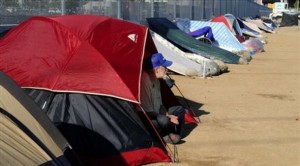 I have always had a heart for – and spoken in defense of – the downtrodden; the victimized; the rejected and the despised. I have never turned my nose up at a homeless person, or looked down upon those less fortunate than myself. I think of myself as one of the “good guys” and good guys defend the weak and help those in need.

It is easy, however, to “speak out against”, or “speak up for”, however to act on behalf of is quite another thing entirely and not so easy at all.

I learned this nearly two decades ago, while discussing the plight of the homeless in Chicago. I was scolding a group of brothers for not being “grassroots” enough; for not speaking out against homelessness and for not working together to erect a shelter for homeless women and children.

One of my closest friends pulled me aside after my tirade and told me he liked what I said and agreed that we must take an active stance in helping the homeless. He then asked if I’d like to go see Pulp Fiction – his treat. With dark comedies – especially ones with professional assassins – at the top of my list of favorite types of movies, how could I refuse?

On the way to the movies, my friend, who insisted that he drive, said he had to make a quit stop. He then proceeded to head toward downtown Chicago – the opposite direction from the movie theater we frequented.

“Where are we headed?” I asked.

“I have to drop something off to some old friends of mine,” my friend replied. 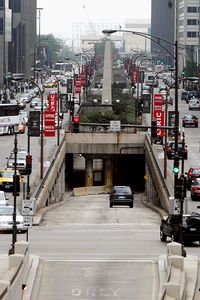 We reached Wacker Drive, the famed “triple-decker” street. My friend veered off toward the road that led to Lower Wacker Drive and we continued our descent to Lower Lower Wacker Drive, which was even more famous…for being one of the largest homeless encampments in the world. The homeless preferred sleeping on Lower Lower Wacker Drive because they are sheltered from the weather and dozens of them could be found sleeping on loading docks and other out-of-the-way spots on any given night. In the mid-1990s, Chi-Town began forcibly removing these unfortunate people, tossing out their belongings and fencing off the places where they stayed.

In 1993, however, Lower Lower Wacker Drive was a sprawling metropolis of tents and cardboard boxes.

My friend – Jermaine is his name, in case you’re wondering – parked beside a loading dock, honked twice and then hopped out of his vehicle. I followed him to the trunk. Jermaine opened it, revealing his wife’s mink coat, two goose down coats, a pair of his ostrich-skin boots – chill, PETA, it wasn’t me – and a crate of bottled water.

Dozens of homeless people approached us, with warm smiles. Jermaine knew them all by name. He embraced them without hesitation.

I felt immense shame, because I realized that I was talking the talk – with a proverbial megaphone at that – but had never walked the walk.

Jermaine had walked it many times, though and had never said a word about it. He did not seek accolades; he did not seek support. He saw people in need and wanted to help them in the best way he could.

Jermaine handed out his donations to a man he called “The Mayor”, a short, thin, elderly Black man, who corrected me when I said the word “homeless” during my conversation with this brilliant man – “We aren’t homeless; we’re residenceless. This is home.” 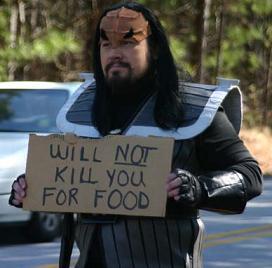 The Mayor of Lower Lower Wacker Drive then decided who would receive which items. No one complained about his choices and all was peaceful. Jermaine and I said farewell to everyone, hopped back in his car and drove off. I turned to Jermaine and asked “So, when are we coming back?” “Pick a day,” he responded. “I visit and drop off stuff four or five days a week.”

Jermaine – always a cool brother – became a hundred times cooler, in my eyes.

My many chats with the Mayor of Lower Lower Wacker Drive over the next year or so inspired me to write a story with a “residenceless” person as the hero. Finally, I crafted Chicago Wynter, a tale of a homeless man’s battle against the deadly cold that takes the lives of so many homeless in Chicago each year.

I recently recorded an audio version of the story for GA Tech’s WREK radio station (91.1 FM), which will air on their Sci Fi Lab show. I now share that recording, with an accompanying slide show, with you. Give a listen and a look, enjoy and then, please, give me your feedback.

I have given homage to authors Nnedi Okorafor and Milton J. Davis  by making them “actors” in this work. Why? Because they are artists whose work I admire greatly and, in the case of Milton Davis, he is also a great friend and teacher who I have had the honor – and pleasure – of working with on several projects.