IT’S STILL DARK AT TWILIGHT: Scrubbing off the Whitewash of Urban Fantasy!

IT’S STILL DARK AT TWILIGHT: Scrubbing off the Whitewash of Urban Fantasy! 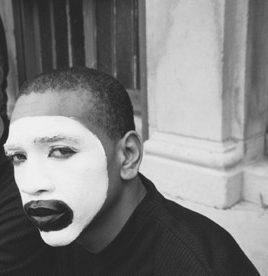 Whitewashing is the practice in which an author, filmmaker, artist or fan takes a character who is originally of color in literature and / or film and replaces them with a white character, actor, or model, or a person who looks “more white”, in order to appeal to the white masses.

Whitewashing is also used to describe the entertainment industry’s erasure of People of Color from history and / or specific locales.

This practice is extremely prevalent in Urban Fantasy.

Fans of Urban Fantasy often give the excuse that because most Urban Fantasy is set in a rural town, the percentage of People of Color who populate those towns is so insignificant that inclusion of them is pointless and even unrealistic.

This would almost make sense if the problematic subgenre was Rural Fantasy. The issue at hand, however, is Urban Fantasy.

Human settlements are classified as rural or urban depending on the density of human-created structures and resident people in a particular area. Urban areas can include towns and cities while rural areas include villages and hamlets. 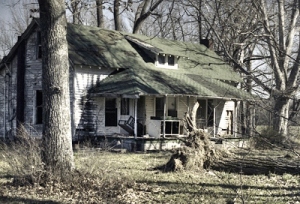 Rural areas are settled places outside towns and cities, that often develop randomly on the basis of natural vegetation and fauna available in a region. They can have an agricultural feel to them – think the village in Children of the Corn, or Mayberry, with Andy, Otis, Opie, Barney and Gomer Pyle all gathered at Floyd Lawson’s Barbershop enjoying Aunt Bee’s apple pie. 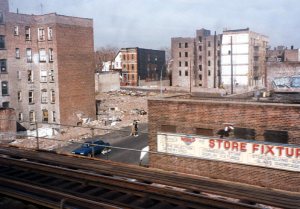 Unlike rural areas, urban settlements are defined by their advanced civic amenities, opportunities for education, facilities for transport, business and social interaction and overall better standard of living. Socio-cultural statistics are usually based on an urban population – think Chicago, Atlanta and New York City.

So, why in the hell would Urban Fantasy be chiefly set in a Mayberry, when it clearly should be set in Chi-Town? We should change the subgenre of these stories to Rural Fantasy. Believe me; the complaints of whitewashing would end then; especially from me, because I would never bother to pick one of those books up.

Now before one of you fanboys rants about Jim Butcher setting his Harry Dresden books in Chicago, let’s explore this fact a bit deeper.

Yes, both Jim Butcher’s Harry Dresden Series and Chloe Neill’s Chicagoland Vampires, are set in “Chicago”. This is obviously a very different Windy City from where I grew up and spent most of my life, however, because my Chicago is only 40% white. Yet Butcher’s and Neill’s Chicago’s are about 99% white. It’s like they took big bottles of White-Out and went berserk. Their works are, most certainly, about as fantastical as writing can get, perhaps even farcical. But Urban? Nah. 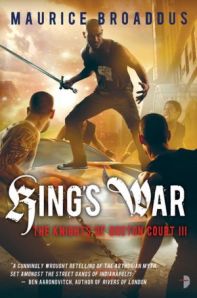 “About a year ago, Jim Butcher’s Twitter feed erupted into a bit of a kerfuffle about the whitewashing of urban fantasy.  Apparently folks were bent out of shape by his depiction of Chicago, essentially whitewashing it as his Chicago comes up a bit short on the amount of black folks (or other people of color) living there.  Frankly, I wasn’t too bent out of shape over this as somehow every week people used to tune into Friends who lived in a New York remarkably bereft of black folks.  It’s to the point where I go into an urban fantasy expecting not to encounter minority characters other than in a ‘magical Negro’-type capacity.”

He goes on to say:

“There are more stories to tell in urban fiction than Boyz N the Hood or Menace II Society or baby mama dramas.  Just as there are more characters to write about in urban fantasy whose stories aren’t as often told or voices always expressed.  With the legends of the Green Knight, Red Knight, and Black Knight (in each of the books, respectively), Tristan and Isolde, trolls, zombies, a dragon, elven assassins, Red Caps, griffins, gangstas, and thug life tossed in, I guess I’m putting the “urban” in urban fantasy.  This isn’t your father’s King Arthur tale, but it is mine.”

No Rural Fantasy with Maurice Broaddus’ Knights of Breton Court series. This magnificent series is pure Urban Fantasy at its very best. 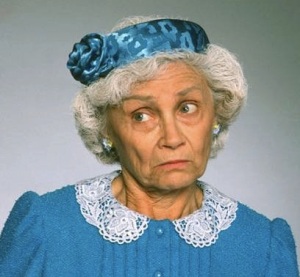 Come on, y’all…if you write a story and set it in a place like Broaddus’ Indianapolis, Chicago, Atlanta, London, or Las Vegas, basic demographic research will indicate the presence of People of Color.  To read and enjoy Urban Fantasy, I am expected to just accept that Black people don’t exist? You get the side-eye for that one.

Whether or not you like Urban Fantasy, the fact of the matter is that this subgenre of Fantasy has had an immense and global impact on people through literature, television and film.

It is because of this impact that we cannot ignore the messages that Urban Fantasy brings. Each time an author of this subgenre decides to tell a story, instead of working so hard to erase People of Color out of existence, they should work just as hard to erase the problems that plague our society. And fanboys…do not say that writers should not have to be political; that they should be free to write merely to entertain. Every statement we make is political. Every sentence we write is potentially life-changing for someone. Such is the power of the word.

You cannot truly change culture without literature. We can pass a thousand laws saying that racism and sexism are wrong. We can make a thousand impassioned speeches to rouse the marginalized masses; but if everyone returns home after those speeches and sits down to read the latest installment of Twilight, or watch the next episode of The Vampire Diaries and their fictional worlds in which those same marginalized masses barely even exist – then how much change can truly be affected?

It is within the pages of books and under the light of the TV screen where we will reach people and change the world for the better…or worse. 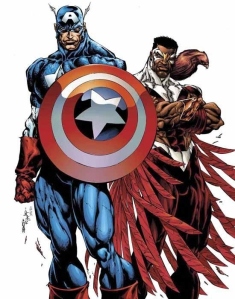 Over and over again, we are told that our stories aren’t worth being told. We do not get to be the heroes. We are never “the one destined to come since man was young upon the earth”. If we are lucky, we get to be the “magical negro”; the “noble savage”; the sidekick; the Black person who doesn’t die in the first ten minutes of the film.

This is damaging to the psyches of People of Color. And a devastating blow to the self-esteem of our babies.

So, don’t tell me writers just write to merely entertain, when entertainment has such a powerful, deep and lasting impression on the minds of us all. 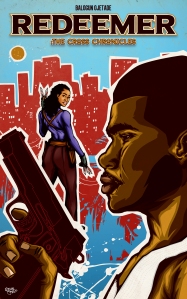 This is why Black speculative fiction is so important. In my own work of Urban Fantasy, Redeemer: The Cross Chronicles, the hero, Ezekiel Cross, is a Black man from an Atlanta of the future who is used in an experiment that transports him to an Atlanta of the past – our present. This Atlanta is a gritty, real Atlanta in which intelligent and powerful Black people – both good and bad – exist.

In my Urban Fantasy series, the WERK Chronicles, which includes the Urban Superhero sagas A Single Link and Wrath of the Siafu: A Single Link, Book 2, the hero, Remi Swan, is a Black woman who grows from an everywoman into a hero into a superhero in a gritty Atlanta of the near-future. Once again, this Atlanta is populated by all types of people, especially Black people, from all walks of life.

Will they change the world? Maybe…give them a read and let me know.