THE BEAUTY, POWER AND MYSTERY OF MASKS IN THE AGE OF STEAM, DIESEL & BEYOND!

THE BEAUTY, POWER AND MYSTERY OF MASKS IN THE AGE OF STEAM, DIESEL & BEYOND 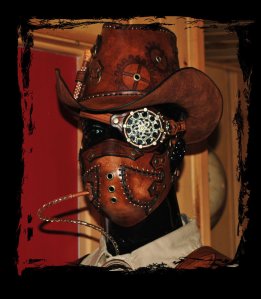 Masks are powerful; mysterious; magical – seeming to weave a spell that creates a kind of unreality; a separateness from the everyday world.

Wearing a mask can completely change your persona – with your facial expression permanently fixed, you must focus on your body movement and voice, leading to the broadest, silliest clowning, the most intense of subtleties, or menacing stillness. 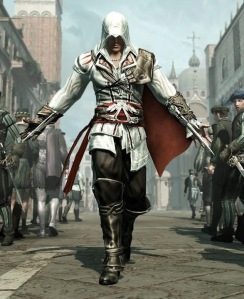 Masks can be as unsettling as they are beautiful. Expressionless, absolutely neutral masks are often spooky and masks without eyes or a mouth – a mask that hides the face instead of creating a new one – are eerie, yet compelling.  Veils, shrouds and hoods pulled down low, effacing the wearer’s features, gives the wearer an undeniable authority and power – think Darth Sidious from Star Wars, or Altair Ibn-La’Ahad, from Assassin’s Creed.

From a haircut to a pair of sunglasses, anything that transforms, or conceals, our appearance can influence not only the attitude of those who incorporate the change, but also of those who see them.

When director Jared Hess was in Mexico City casting the film Nacho Libre, a comedy in which the actor Jack Black plays a priest in training turned wrestler, he auditioned a number of real-life Lucha Libre wrestlers, who showed up wearing colorful masks.

Hess asked them to remove their disguises; they all refused. 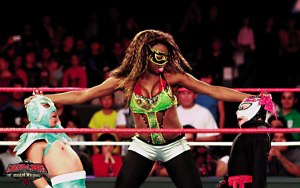 Because the first rule of Lucha Libre – literally “free fight”, in Spanish – is that iconography is everything.

“We learned very quickly that asking them to remove their masks was too much,” Hess said. “There’s a lot of integrity in that.” 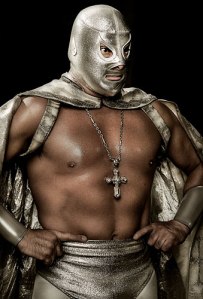 Masked wrestlers have been popular in Mexico since 1942, when the silver-masked wrestler, known simply as El Santo – “The Saint” – first stepped into the ring. Making his debut in Mexico City by winning an 8-man battle royal, the public became enamored by the mystique and secrecy of his personality, and he quickly became the most popular luchador (fighter) in Mexico. His wrestling career spanned nearly five decades, during which he became a folk hero and a symbol of justice for the common man through his appearances in comic books and movies, while the sport received an unparalleled degree of mainstream attention.

Santo, whose real name was Adolfo Guzman Huerta, never removed his mask – in his films or in public – and remained a mysterious figure even in death. Huerta, who died in 1984, was buried in his famed silver mask. 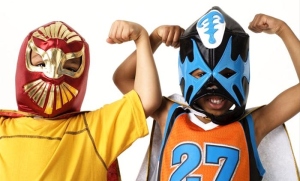 According to Michelle Martinez of the Department of Chicano Studies at Arizona State University, “The lucha mask is a symbol of strength and empowerment in the Mexican and Chicano culture.” She goes on further to say that “The mask goes back to Aztec and Mayan times and also brought the luchador to the superhero level. It gave them this larger than human appeal.”

Other luchadores, with names like Blue Demon and Mil Mascaras – “Thousand Masks” – followed Santo to the silver screen, and from the ’50s through the ’80s, they appeared in numerous films, battling everyone from Dracula and the Daughter of Frankenstein to the Mummies of Guanajuato.

Although these films suffered from low production values, cliché-ridden dialogue and barely competent performances, they were enormous successes and gave Hispanic children their own cinematic role models. 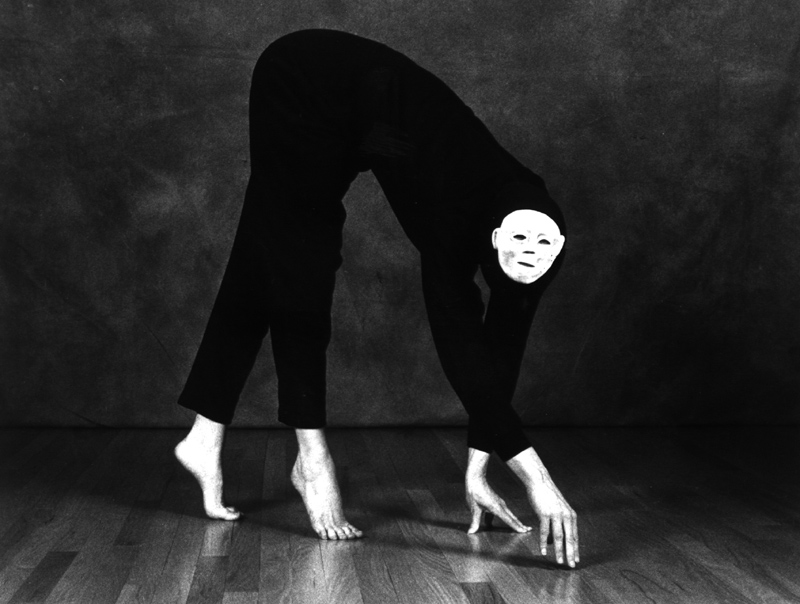 The psychologist Carl Jung proposed that there is a dark side to the personality called “the shadow”. The shadow includes both repressed, instinctual feelings and untapped potential. The shadow is not simply the “evil” opponent of persona; it is imagination and creativity left behind or forgotten because of sensible or good behavior.

Masks can bring to consciousness how we both see ourselves or what we fantasize we would like to be. Because a mask has an outside and an inside, the wearer should explore portraying how others see them on the outside of the mask and how they feel on the reverse side of the mask. Exploring persona and shadow in this way can be a profound, revealing, and often personally liberating experience. 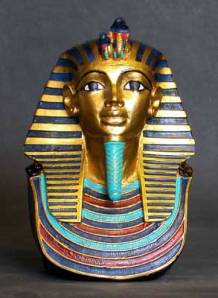 At the end of many remarkable lives, historic figures were immortalized with death masks. The best known of these are the masks used by ancient Egyptians as part of the mummification process, such as Tutankhamun’s burial mask.

The most important process of the funeral ceremony in ancient Egypt was the mummification of the body, which, after prayers and consecration, was put into a sarcophagus enameled and decorated with gold and gems. A special element of the rite was a sculpted mask, put on the face of the deceased. This mask was believed to strengthen the spirit of the mummy and guard the soul from evil spirits on its way to the after-world. 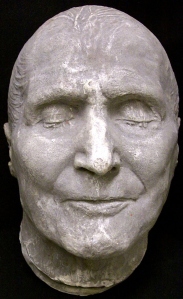 This tradition reached an apex among Europeans in the Age of Steam and was quite popular among the Italians, English and French, who all believed death masks to be the final impression of a human spirit whom they once knew, or who had made his or her mark upon all men’s minds.

Death was a common domestic fact of life for those living in the Age of Steam, so they developed elaborate rituals – and borrowed a few from the ancient Egyptians –  to deal with it.

The deathbed became a focal point for families who were in the process of losing a loved one. Typically, one or more grieving relatives would surround the bed, waiting to hear the dying person’s last words, which were considered to be of great value, as it was hoped that the dying might deliver some climatic testimony to the meaning of life. 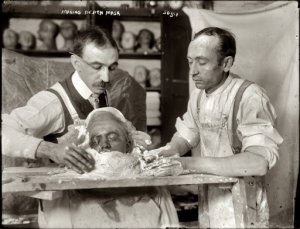 Death masks, portraits of the recently deceased and jewelry that utilized a locket of the dead person’s hair filled Victorian Era homes.

The mysterious and mystic power of the mask has been revered throughout the ages. Masks are as popular as ever; their power of transformation and expression as great today as during the most ancient of times.

In later posts, leading up to the 2nd annual Mahogany Masquerade and the unveiling of the Steamfunk line of masks created by master mask-maker, Shay Lhea, owner of Oculto Masks, we will explore the history, power and importance of masks through articles, photographs and fiction.