GA-TECH GETS FUNKY! Filmmakers Partner With The Yellow Jackets to Produce the First Steamfunk Feature Film!

Filmmakers Partner With The Yellow Jackets to Produce the First Steamfunk Feature Film! 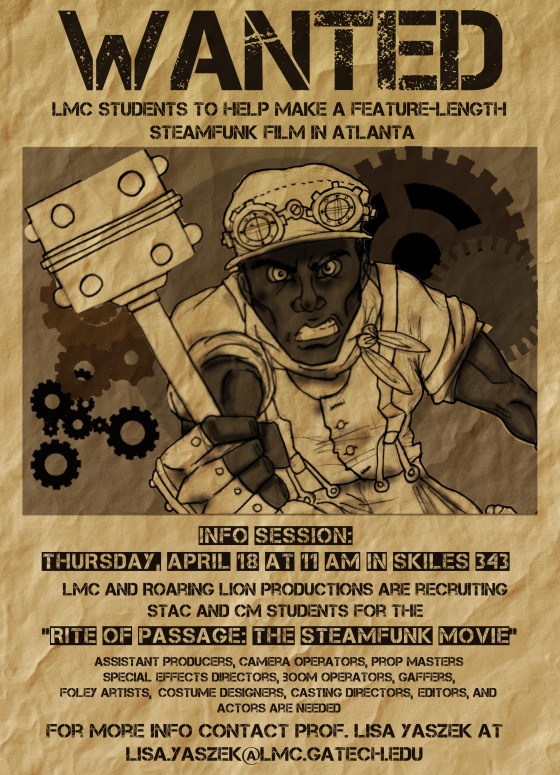 I was recently contacted by an agent who asked if Rite of Passage – the Steamfunk movie that goes into pre-production in May and production in August – was a student film. I informed her that the film is a collaboration between the professional multimedia companies MVmedia and Roaring Lions Productions and GA-Tech’s School of Literature, Media and Communication, so yes, students will be heavily involved in the making of the film, but under the guidance and leadership of experienced and accomplished film professionals who are the directors, producers and cinematographers on this project.

I informed her that the students will not be treated as “amateurs”, nor is the film going to be amateur or second rate. The students involved in the making of Rite of Passage are expected to be just as professional…just as committed as those who have worked on ten or more projects.

“Well, I will probably send a few of my actors to audition, but most of my actors would never act in a student film. I was a bit surprised to hear that most of the actors she represents dismiss programs that have produced some of industry’s best filmmakers and actors. “She needs to educate her people,” I thought.

However, “To be fair,” – as Rite of Passage’s Producer, Akin Danny Donaldson, is fond of saying – he’s from England; everyone from England are fond of saying that – I could come up with a few reasons myself as to why an actor would not want to act in a student film – there is no pay; the filmmakers do not have a lot of experience and are still learning how to talk to and treat actors; and few student films become a success by Hollywood standards. However, from her reaction, I was sure she – or some of her actors – had experienced some Stygian nightmare in doing a student film. 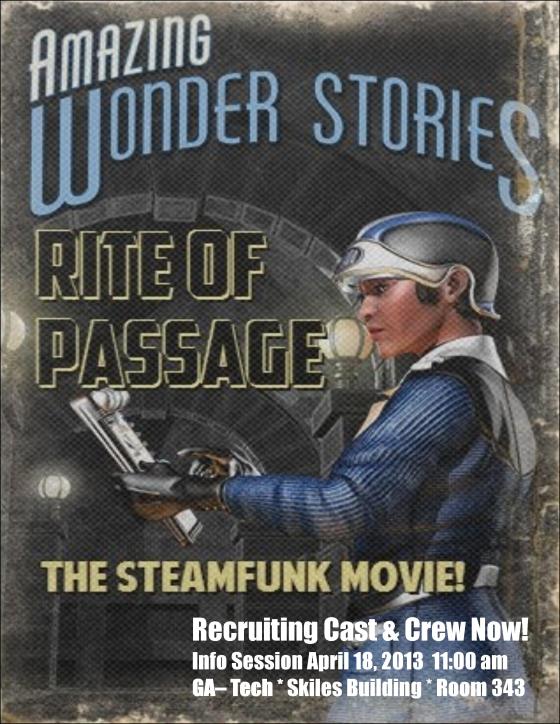 She, or any of her actors, had not; she just thought there was nothing for her people to gain from such projects. She was oblivious to the tremendous opportunity provided by student films to form strong, lasting and mutually beneficial relationships with young, talented, up-and-coming directors, producers, actors and casting directors.

You could very well be working with the next Martin Scorsese or Spike Lee. They are not master directors yet, but “to be fair”, the next Taxi Driver, Goodfellas, Malcolm X, or The Inside Man could be their next film.

If you choose to act in a student film, there are certain things that you should not negotiate. You should receive a copy of your work in a timely fashion, be fed every six hours, and should not be asked to work longer than a 12-hour day without proper turnaround.

Know that student filmmakers, especially those in the early stages of filmmaking, tend to prioritize their aesthetic vision over an actor’s performance. Don’t be shocked, frustrated, or allow your ego to be bruised if hours are spent on a cool-looking, spinning, overhead dolly shot rather than your sublime performance in a close-up.

Keep in mind that these young filmmakers are attempting to bring their visions to life without large crews and budgets, so – “To be fair” – cut them some slack if things take longer than they should.

Actors, don’t feel ashamed, embarrassed or as if you are “settling” because you are auditioning for a student film. It doesn’t mean that you are a bad actor. Agents submit actors to films by USC, Columbia University and Columbia College Chicago every day.

“To be fair”, however, I will admit that many student films simply stink. The most common reason for such odoriferous works is lack of story. A suicide prone emo teen is a subject, not a story. If your story is about an emo college freshman with a football player roommate whose girlfriend is always trying to convince the emo kid to go out and party – who cares?

The second most common reason for the malodorousness is the student’s reach exceeding his or her grasp. The student tries to tell a story that is too convoluted; uses techniques that are far beyond his or her experience. The more complex the story, the more skill it takes to tell it and the greater likelihood that a relative beginner will fail in the telling of it.

Fortunately, Rite of Passage has some of the best professionals in independent film working on the project and the students chosen to work with us will be the best that GA-Tech has to offer, which, “To be fair,” is saying a lot, as GA-Tech is fast becoming recognized as one of the top film schools in America, particularly in the areas of special effects, sound effects, prop and graphics design and cinematography.

Below are the current professional members of the crew of Rite of Passage. We are all excited to work with the next generation of Scorseses, Lees, Singletons, Spielbergs, Poitiers, Tarantinos, Lucases and”To be fair,” Balogun Ojetades (go ahead, you can laugh) 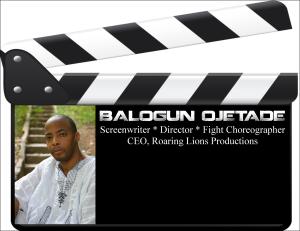 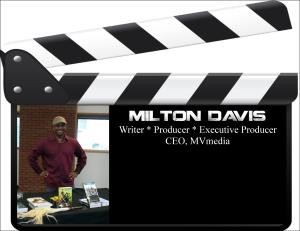 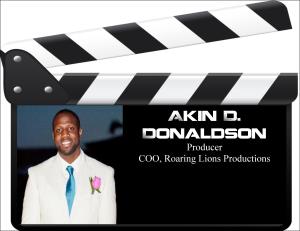 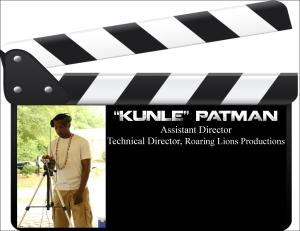 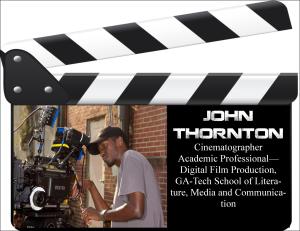 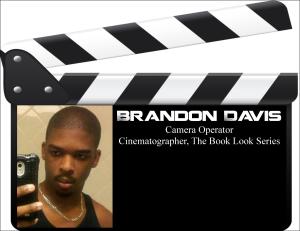 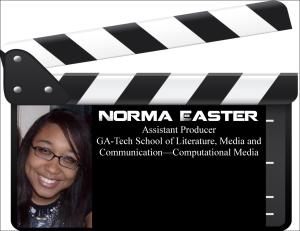 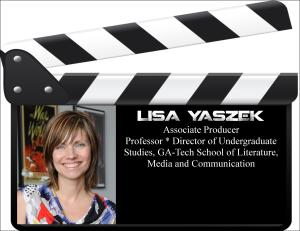 Leave a Reply to STEAMFUNK WILD WEST: Black Lawmen and Outlaws in the Age of Steam! | chronicles of harriet Cancel reply