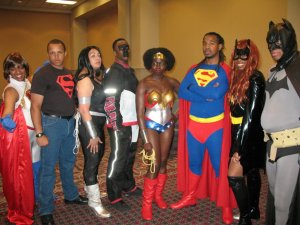 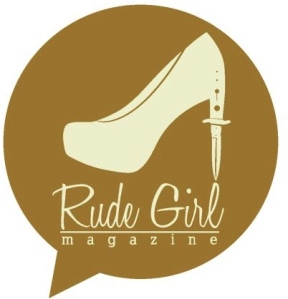 Recently, I read an excellent – and somewhat saddening – post on the Rude Girl Magazine blog entitled A Search for Black Fandom.

The author laments: “A lot of times when I watch things, and am seeking out internet reactions and discussion, I wish I had access to other black opinions. Sometimes fandom is like watching a movie with a room full of white people – when someone does something kinda shady and racist, you want to lean over and be like ‘did this motherfucker just really,’ but then you realize you’re the only black person there so you have to weigh whether or not you’re in the mood for bullshit, because that’s what you’ll get by bringing this up with white people.”

The author thought that she was all alone in the nerdiverse. That there were no other Black people into Science Fiction, comic books, cosplay, Steampunk and Dungeons and Dragons and she felt crippled by this: “It’s no secret that fandom can be racist. Like, really, really racist…if you, as a black person, want to enjoy something – anything –  in most popular fandom, you kind of have to decide not to bring up problematic aspects of the source material if you’re not ready to break out the bingo card for yet another tragic game of ‘No That’s Not Racist Toward Black People, Let Me Tell You Why,’ during which white people from all corners of the globe will gather to attempt to invalidate your thoughts, feelings and experiences.”

I am constantly reminded of just how important the work I and the other members of our authors, filmmakers and artists collective – State of Black Science Fiction – do really is. We tell the stories that need to be told – stories of heroes that have been ignored; history that has been forgotten…or denied. 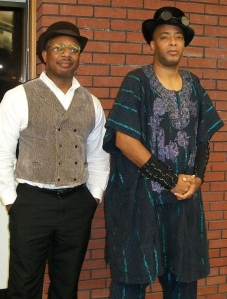 Steamfunk, Sword and Soul and Rococoa are subgenres of fiction, fashion and film that convey the heroes and history of Africa, African-America and, indeed, the entire Diaspora. There are also many great tales of science fiction, horror, action-adventure and the paranormal with heroes of African descent.

I have been a guest and panelist at several small and major fandom conventions and I – along with my friend and author Milton Davis – am the curator of the popular Black Science Fiction Film Festival and The Mahogany Masquerade and I am happy to say that there is a multitude of Black fans of speculative fiction and film and the numbers are growing rapidly and immensely. 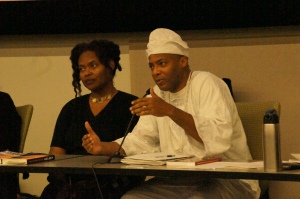 However, every time I get comfortable, a blog, an attendee at a panel discussion, or a fan at a convention will say “I thought I was the only one reading, doing and / or writing this,” or “If I had known Black people were writing this kind of stuff (or making these kinds of movies), I would have gotten into this a long time ago.”

I want my sister at Rude Girl Magazine to know that she need lament no longer and that she is certainly not alone.

Below is a list of great recent fandom events with a strong Black presence. Most are annual events, so put them on your calendar and be sure to attend.