A CALL – AND A LESSON – FOR ALL STEAMPUNKS AND STEAMFUNKATEERS!

A CALL – AND A LESSON – FOR ALL STEAMPUNKS AND STEAMFUNKATEERS! 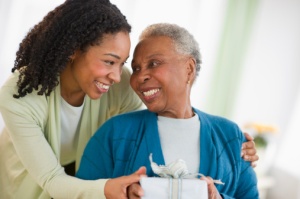 We have all heard the age-old adage – “It is better to give than to receive.” The Yoruba peoples of Nigeria believe that what you give you get ten times over. The Chinese say that kindness in giving creates love.

The wise elders of these great societies knew just how powerful the act of giving is.

Several years ago, I taught a women’s self-defense workshop in Chicago. About fifty women attended. My students and I volunteered our time and our services to this group of women at no cost. At the end of the workshop, a woman in her fifties and her daughter, who was in her early twenties, approached me. The woman introduced her daughter. I laughed and told the woman that if I did not know any of the women’s names after six hours of grueling work with them, I must be shy of a few cards in the deck.

Then it hit me – she was making a formal introduction for…something else.

The daughter blushed as her mother told me how her daughter would make a great wife – how she was intelligent and focused; how she had graduated from college at twenty; how she could cook Indian and African food from several cultures…and the list went on and on.

Once she was done extolling her daughter’s greatness I replied “Your daughter is beautiful and will make some man happy one day, but you do know I’m married?”

“Yes,” the woman replied. “Our cultures are similar, though. My daughter doesn’t mind being a second wife to a man who knows how to love women so well.” I declined the woman’s offer, telling her that my wife would have us all running for our lives down the Magnificent Mile. Then, I asked what made her think I knew how to “love women so well.”

Her answer: “Because you gave us this wonderful workshop.” 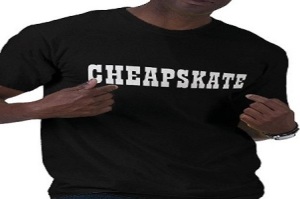 Studies show that when someone is considered ‘stingy’, that person is found to withhold needs or desires such as love, affection, money, sex and attention from their spouse or partner.

This stingy person makes a conscious decision to withhold. The partner, perceiving this, experiences feelings of anger and frustration.

Stingy people exist in a psychic state of lack – they experience themselves and the world as having finite resources and therefore have to hold onto their small piece of the pie. They do not feel that, by giving to another, they are somehow or in some way replenished.  They perceive giving as a one-way street that drains them of emotional and / or material resources. Withholding is an unconscious way of regulating intimacy and keeping the other person at a distance.

Generosity, on the other hand, is an expansive energy, thus we should strive to give what we can in order to feel the growing sense of abundance giving produces, which induces good physical and mental health.

Giving a gift is a gift – not only to others, but to ourselves – because it increases the bond between us and the person to whom we have given, tells us about ourselves and generally increases our feelings of competence.

Most of us want to be loved, but it is actually the act of loving that is rewarding. Being loved is important because it facilitates our opportunities to love.

When we love, we give. Every time we do something for someone else we feel effective, useful and generous. Giving a tangible gift also leads to reflection about what our relationship to the receiver is, how much we care about the receiver and how that person’s likes or dislikes may be similar to our own. The same is true for giving advice or some other service.

We feel alive in the activity. And it is the receiver who has provided the opportunity for us to feel this good, so we feel loving in return. Furthermore, we deduce our attitudes from our behavior – “I must really care about her; why else would I give such a meaningful gift?”

Giving is an effective way to feel competent, mindful and loving and everyone wants to feel that way, which is why many people lament “I attended to his / her every need and asked for nothing in return and he / she still did me wrong.” The more the giver gave, the better he or she felt, thus the more he / she cared about the receiver. The receiver, on the other hand, has come to care less and less because he or she has not been given the same chance to feel effective.

We mistakenly think we will lose a partner’s affection or the public’s respect by “burdening” them with our requests for assistance or our acceptance of gifts. Attending to someone else’s needs leads to affection for that person. Discouraging a giver from giving, then, is clearly the wrong strategy for fostering affection and building meaningful relationships.

Rather than experience guilt or fear that the person will resent doing things for us, we should consider what giving can mean to the giver.

Does this mean that we should all become demanding? Nope. However, for any relationship to be successful, both parties must feel effective and capable of caring. The recipe calls for both parties to give.

Many women experience a great sense of loss when their last or only child grows up and leaves home. The advice given to counteract the depression experienced when faced with an empty nest is often to find something else to attend to. I would amend that advice to find something or someone else to give to.

Consider the bond between mother and child. Faced with the responsibility for a helpless infant, mothers give – and give a lot. With all that giving, the bond with her child grows stronger and stronger as the baby grows. And in this giving, a mother feels effective; tired, but effective.

However, when her young adult leaves home, a mother has fewer ways of feeling competent. Those who care about her will probably feel good “taking care” of her, “giving” to her, now that she is lonely and depressed. What she really needs instead is to give to them.

A group of Finnish psychologists discovered that reciprocal relationships aren’t necessarily the key to happiness and health. Their research has proven that, indeed it is actually better to give than to receive – particularly if you are a woman.

This team of psychologists quizzed almost 800 middle-aged men and women about how much support they gave and received in their intimate relationships, then tracked how many days they called in sick from work over the next nine years. The study’s idea of “support” included both mundane and romantic tasks, from doing household chores to serving breakfast in bed.

My wife, all seven daughters and my granddaughter  are giving me the side eye (my son has retreated to his room), so, let me hurry up and say that this does not mean women should start cleaning up after a messy spouse or start cooking lavish family meals in hopes of adding years to their lives.

The results of this study could be related to a well-known physical difference between men and women – studies show when women provide care and support for their loved ones, they also produce the reproductive hormone oxytocin, which reduces feelings of stress and anxiety, lowers blood pressure and increases tolerance to pain. Since no equivalent response has yet been observed in men, this could explain the findings of the Finnish study.

The results certainly should not be seen as a recommendation that all men should be cared for and all women should be nurturers. In the study, men and women on average gave and received support in equal amounts. Our genders simply determine how we are affected by the acts of giving and receiving. 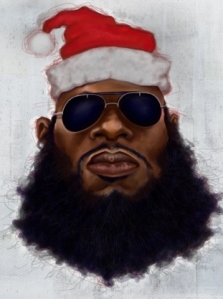 With such a positive and powerful influence on emotional well-being, why don’t more people give or give more?

The answer? Most people are unaware of the connection between giving and happiness.

In a recent study, participants were asked to choose what they thought would make them the happiest. Surprisingly, most replied that personal spending would make them happier than spending on others.

For most individuals, increased awareness is necessary in order to understand and to benefit from the connection between giving and higher levels of happiness. And, as in all of life’s most important lessons, experience is always the best teacher. So you know what to do…

Run on over to the website for Rite of Passage, the first Steamfunk feature film and help make it a reality. Your donations will go toward providing props and costumes needed to make Rite of Passage an amazing experience. And they won’t go unrewarded, ‘cause we want to feel the love, too.

Check out our donation levels and choose your contribution.
*We are also asking for donations or loans of your old Steampunk costumes and props*, for which you will receive credit in the film.

Thank you – and much love – in advance!