No one likes a show-off…but everyone likes to show off…at least a little bit.

Rules of public behavior have been a part of society since the dawn of man and are as important today as ever.

Amongst the Yoruba of Southwest Nigeria, there are ancient rules of conduct still practiced today that cover everything from never showing anger in public to not blaming someone else when you pass gas.

During the reign of Louis XIV of France, the expectations of proper social behavior when in the presence of the King were codified and distributed on small cards to members of his court to assure uniformity of court behavior. In French, this placard or card upon which these rules of behavior were listed was referred to as “an etiquette.” This term soon became the synonym for acceptable public behavior.

The Age of Steam was a time of tremendous social and economic flux. With the Industrial Revolution came a consumer economy and a new middle class that possessed the means of purchasing consumer goods. This new middle class felt that they were now of a higher social status than their less fortunate brethren. The social norms of the farm and the tenement just would not do for a people who had made their way in the world. 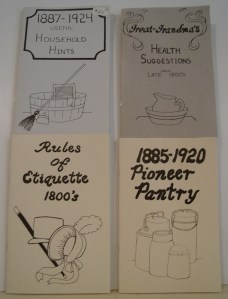 The market was flooded with etiquette books that laid out the rules of polite society.

These changes in behavior, based upon the norms of the 18th Century European aristocratic society, caught on with the European middle class, but in America, a keen awareness of their uniqueness as a democratic society, brought about a perception that “polite society” was contrary to the egalitarian nature of America and was a thing of the decadent Old World. This often manifested itself in loud, coarse and rough behavior and even downright rudeness on the part of Americans.

And – unlike Europe, Africa and Asia – America became a land of brag and swag.

Still, some influence from the “polite” Old World was present and bragging had to be done right to be acceptable.

The best way to brag – without running the risk of receiving a knee shot to the liver – is not to brag at all…let others do the bragging for you.

However, because our feelings of self-esteem and self-confidence are developed by taking pride in our achievements, it is not only okay, but healthy, to brag about yourself to yourself. Give yourself a pat on the back for that job well done…just don’t do it when other folks are looking.

The flip side of bragging is depression and low self-esteem, which I choose bragging over any day.  And if calling it “bragging” is too much for your Steamy sensibilities, hell, just call it “self-praise.” Feel better?

Effective bragging – err…self praise…yeah, that’s it – depends on what you say about yourself can be verified or not. How do I know you’re telling the truth when you claim you built that steam-powered penny farthing yourself? If you tell me but do not give me hard evidence, I have to rely on your word alone. When bragging is based on just what you say, you run the risk of not being believed.

There are several styles of brag-fu. Which do you practice?

This is the least desirable way to brag, the least likely style to be believable and the most likely to violate social norms.  Direct bragging violates the social norm against portraying yourself in a positive light. Strangely, although it is not okay to claim to be great, it is okay to be self-deprecating and point out your own flaws. You can’t claim to be smart, but it is okay to admit to being stupid.

You may feel you are deserving of a knee shot to the liver if you say you’re a brilliant person but feel it is acceptable to say that you have accomplished something brilliant. It is, indeed acceptable, but you have to tread carefully.

Instead of claiming to be great, you may think it is appropriate to say that someone else thinks you are great. You say that Spike Lee met you at Dragon*Con and now wants to make a documentary about your life as the first Black Steampunk. We have no way of knowing this is true, however, because you are the one relating the story to us. We would be more likely to believe you if you showed us photos of Spike admiring your Steampunk Zulu costume or, even better, a video of Spike saying he can’t wait to get started on the biopic of your life.

Let’s return to the situation in which the bragging involves an act, not a personal quality. In addition to your win for best novel, you have also won the 2014 Steampunk Chronicle Award for Best Anthology. Yours is a compilation of fourteen funktastic Steampunk stories entitled Steamfunk (hint). Rather than tell all of your Facebook and Twitter friends in a status post or tweet, respectively, you post the link to Steampunk Chronicle’s website – specifically, the page in which you are proclaimed the winner.

Surely that is okay, isn’t it?

Others will perceive such behavior as false modesty and will make people want to give you a – you guessed it – knee shot to the liver. 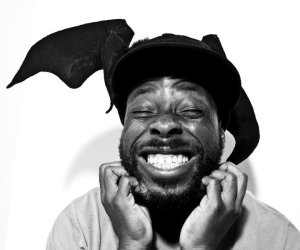 You may think it’s cool to talk about your accomplishments as long as you preface it with a disclaimer such as “I shouldn’t brag, but…” or “I shouldn’t toot my own horn, but …” In this case, you have provided evidence that you actually possess the ability that you are bragging about – no one can argue with the fact that you actually did win that Steampunk Chronicle award – however, your disclaimer calls attention to the fact that you know you are violating the social norm of modesty. If simply say “I won, and I’m stoked that I did,” people will accept that as an honest expression of your well-earned satisfaction. Even your rivals might take a step back and say “Well done.” But, you didn’t do that, so now everyone wants to give you a…wait for it…knee shot to the liver.

In this form of bragging, you attempt to impress others by showing not what you did, but what someone close to you accomplished. I brag on the production and art team that is working on my Steamfunk films Rite of Passage: Initiation, Rite of Passage: The Dentist of Westminster and Rite of Passage all the time. No one minds me calling Imed “Kunle” Patman – my Assistant Director and sometimes Cinematographer / Editor / Composer – a genius. However, if I tell people how I have taught Kunle since he was seventeen years old and have inspired him to utilize and accept the genius that he is, I am walking a thin line and in danger of plummeting into knee shot to the liver territory.

It is fine to share that information with others, but the more often I say “Kunle, the genius I inspire and teach is now one of the best filmmakers in independent films,” the more it looks like I don’t really give a damn about Kunle’s accomplishments at all. Unless Kunle publicly attributes his success to my mentoring, people will question the validity of my claim to have taught him everything he knows (and, of course, I didn’t; the man was born a creative genius and is self-taught) and, once again, will want to give me that dreaded knee shot to the liver.

This is the only form of self-praise that is moderately acceptable.

You quote someone else’s conversation, therefore you shift the focus from you as the speaker to the person you are quoting. This style of Brag-Fu is even more powerful if the person you are bragging to has evidence to confirm the reported conversation. For example, if I tell Spike Lee that Steampunk Chronicle says Steamfunk is the best anthology that has come across their desk in ages while Spike is reading my story – Rite of Passage: Blood and Iron – which is the last story in the anthology, he has no reason to doubt the validity of my claim because he knows that Steamfunk is, in fact, a great book.

Given that there are six unacceptable types of bragging and only one that is acceptable, the odds are definitely stacked against you for any type of bragging at all.

If you must brag, do your liver a favor and choose #7. Just be sure you have evidence of your accomplishment. By not bragging, people will be likely to root for your continued success.

Once you truly master Brag-Fu, you can even brag by writing a blog about bragging and people won’t want to give you a knee shot to the liver.

They will just think you are clever. Like me.

But I’m not one to brag.

Posted by Balogun on August 22, 2013 in Afrofuturism, Steamfunk, Steampunk and tagged steamfunk, steampunk.