Open Mics (or “Open Mic Nights”) are open performance spaces generally held at bars, cafés, and music venues during off-nights. Anyone can come, sign up, and perform original or non-original music, poetry, performance art and prose. 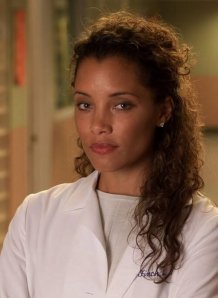 Mic is the shortened form of microphone – the electronic sound wand used when reciting your creative work before a large audience; at an Open Mic, it is openly available for use by anyone who turns up the event and signs up to perform.

Mike is the shortened form of Michael – a dude – or, in the case of Michael Michele, an exceptionally beautiful Hollywood actress. At an “Open Mike”…hell, I don’t know what happens at an Open Mike and don’t want to know…unless, of course, the Michael in question is Michael Michele.

And just who performs at an Open Mic?

Well, there are the Grand Storytellers – people who can spin a half-second moment of a drunkard falling on his ass into a gripping 10-minute story.

Despite the style and quality of storytelling, however, the audience will still clap and cheer, so for a few brief moments, you will be a superstar.

How – and when did the Open Mic begin?

They started during the 1930s, when a group of young black students and scholars, primarily hailing from France’s colonies and territories, assembled in Paris. There, they were introduced to the writers of the Harlem Renaissance by the author Paulette Nardal, and her sister Jane, both natives of Martinique and university students in Paris. This introduction led to the creation of the literary and ideological movement, Negritude, which was marked by its rejection of European colonization, pride in Blackness and traditional African culture and undercurrent of Marxist ideals.

The Nardal Sisters contributed invaluably to the Negritude Movement, both with their writings and through the Clamart Salon, the tea shop hangout of the French-Black intelligentsia where the Negritude movement truly began and which the Nardal Sisters owned. It was from the Clamart Salon that Paulette Nardal and the Haitian Dr. Leo Sajou founded La Revue du Monde Noir, a literary journal published in English and French, which attempted to be a mouthpiece for the growing movement of African and Caribbean intellectuals in Paris.

The founders of la Négritude, known as les trois pères (“the three fathers”), were originally from three different French colonies in Africa and the Caribbean, but they met while living in Paris in the early 1930s.

The Three Fathers included poet, playwright, and politician, Aimé Césaire, who hailed from Martinique; poet and activist Léopold Sédar Senghor, who went on to become the first President of Senegal and the Guianan poet, Léon-Gontran Damas. The trio met while studying in Paris in 1931 and began to publish the first journal devoted to Negritude, L’Étudiant Noir (“The Black Student”), in 1934.

While the Negritude Movement was strongly influenced by the Harlem Renaissance, the Open Mic format of the Clamart Salon influenced the authors and poets of Harlem, as well as the writers from the later Beat Generation of New York and San Francisco and thus, the Open Mic event became a staple in the artistic diet among American poets, writers, musicians and artists of all races.

On Friday October 25, in celebration of Black Speculative Fiction Month, the State of Black Science Fiction author, artist and filmmaker collective, in partnership with the Auburn Avenue Research Library on Culture and History, is hosting a party right after the 2nd Annual Mahogany Masquerade.

Wear your best Steamfunk, Dieselfunk and Rococoa gear and after the Mahogany Masquerade, parade with us over to the after party at the BQE Restaurant and Lounge.

We will eat; dance; and most of all, there will be an Open Mic – hosted by famed spoken word artist, Xpj Seven – for the authors, poets and musicians in the house to spit some verse.

There is one rule:

Each artist can only perform 1 story / poem / song and performances are limited to 500 words or 4 minutes – whichever is less – per person / group.

Why is that the rule, you ask?

Because it’s way more fun to watch.  We are going to take a break in the dancing and mingling for a brief 10-15 minutes – every hour, on the hour – for two or three writers, spoken word artists or musicians to perform.  The variety keeps the party moving and keeps the audience engaged.

That’s it. I promise.

So, bring your Steamfunk, Horror, Sword & Soul and other Speculative Fiction stories, poetry, rap, song or spoken word and rock the house! 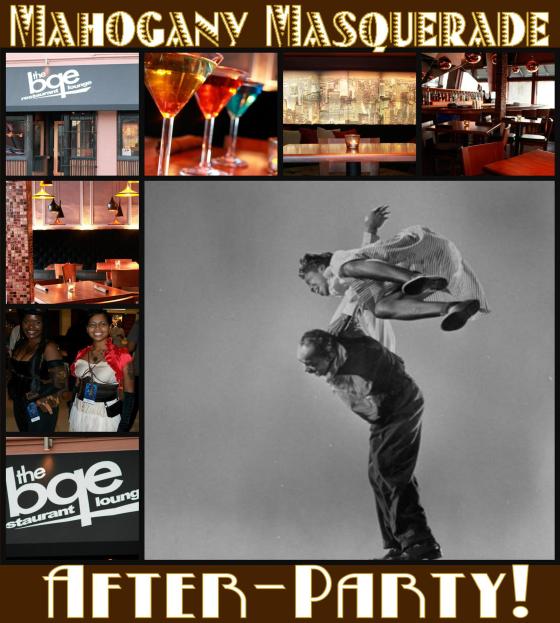