SISTERS OF THE SPEAR: Black Sheroes In Speculative Fiction

SISTERS OF THE SPEAR: Black Sheroes In Speculative Fiction 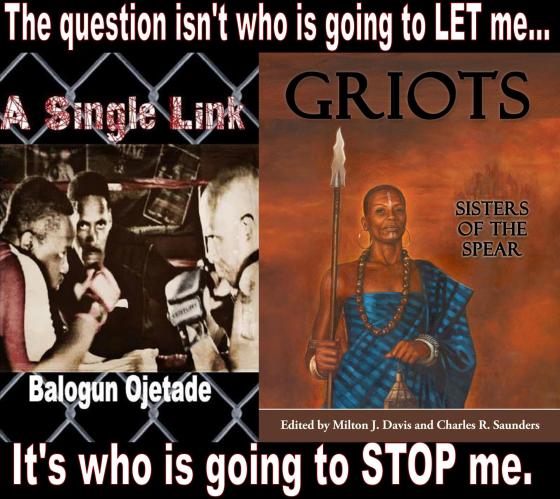 A while ago, I wrote a blog lamenting the sexism in speculative fiction. We still have a long way to go, but, in Black Speculative Fiction, at least, great strides are being made to give women their due respect and some awesome sheroes have emerged.

In this festive month, alone, no less than two awesome books have been released that feature hard-hitting women protagonists:

The Table of Contents and list of authors in Sisters of the Spear hints at just how much of an amazing must-read this anthology is: 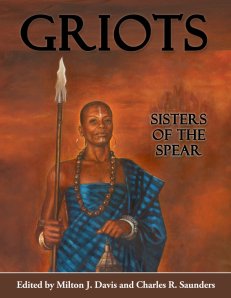 The women in this book are brave, strong, powerful and brilliant. In my story, Brood, the shero is Mistress Oyabakin, the most powerful warrior on the continent and one of the main characters in the Sword and Soul novel, Once Upon A Time In Afrika.

The second book is the two-fisted (and footed; and elbowed; and kneed) action-adventure Fight Fiction / New Pulp tale, A Single Link.

After suffering a brutal rape at the hands of a martial arts champion, Remi “Ray” Swan decides that, to gain closure and empowerment, she must face her attacker in the first professional fight between a man and a woman.

In A Single Link, the author, Balogun Ojetade (yep, Yours Truly) challenges you to step into the cage, where action, adventure, bone shattering fights, and a touch of romance await you!

Remi Swan, who goes on to become known as ‘The Single Link’ when she transitions from receptionist at a martial arts school to pro fighter must earn her spot on the fight cards, battling not only men, but a formidable women’s champion, who feels Remi has no place in the sport of professional mixed martial arts at all.

Remi is a wife, a mother and a martial artist who lives in a near-future world in which mixed martial arts has become a sport more popular than soccer and basketball. A near-future that dares ask and examine the questions “can a woman win against a man in a professional fight?” 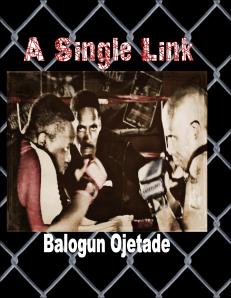 I’d like to introduce you to a few more powerful sisters in fiction:

In the Vampire Huntress Legend Series, a twelve book series written by L.A. Banks, we meet young, African-American spoken word artist named Damali Richards, who is one of the Neteru, humans born every thousand years to fight creatures from the Dark Realms. Her most dangerous and most constant enemies from the Dark Realms are vampires. Damali was orphaned at an early age and her experiences in foster care led her to escape, starting her journey as a vampire huntress.

The first book in this incredible series, Minion, unfolds Damali’s origin and introduces us to her team of fellow hunters.

Two men emerge from these phantasms: the first a Copper shape-shifter (again, read the book) and the other a demon more dead than alive. But Karla is more than prepared to deal with the dark creatures from her dreams…if her own lust doesn’t consume her first.

Parable of the Sower centers on a young woman named Lauren Olamina, who possesses what author Octavia Butler dubbed “hyperempathy”, the ability to feel the pain – and other sensations – of others. As a child living in the remnants of a gated community in post-apocalyptic Los Angeles, Lauren develops a benign philosophical and religious system called “Earth seed”.

Society has reverted to anarchy due to scarce resources and poverty. When the community’s security is compromised, Lauren’s home is destroyed and her family is murdered. She travels north with a few other survivors to start a community where Earth seed can grow.

Dossouye is the tale of the warrior Dossouye and her war-bull, Gob, written by the father of Sword and Soul, Charles R. Saunders.

This fierce and fearsome character is inspired by the real-life female warriors of the West African Kingdom of Mahoney.

Orphaned at a young age, Dossouye becomes a soldier in the women’s army of the kingdom of Anomy. In a war against the rival kingdom of Avanti, Dossouye saves her people from certain destruction; but a cruel twist of fate compels her to go into exile.

On her journey across the vast rainforests outside of her homeland, Dossouye encounters many menaces and perils that will either break or strengthen her.

Woman of the Woods, by Milton Davis, introduces us to Sadatina, a young woman of the Adamou nation. For centuries, the Adamou have been under attack by the yoke – dark, ape-like servants of the god Karan. Their only protection has been the Sosa – warrior-women blessed by their god, Cha, to fight the yoke. Even as a young girl, Sedating is stronger and faster and better at hunting and fighting than any of the young men in her village.

With the aid of two rhumbas – jungle cats whom she has raised from cubs – Sedating becomes the village’s protector and earns the name “Woman of the Woods”.

Moses: The Chronicles of Harriet Tubman, by Yours Truly, is an exciting mash up of Steam funk, alternate history and horror.

The shero – soldier, freedom fighter, Black Dispatch and monster hunter, Harriet Tubman, is hired by John Wilkes Booth to rescue his child Margaret from kidnappers.  Harriet Tubman is a supernatural shero, so she does her job well, but later discovers that Booth is not the girl’s father, which launches the story into a frenzy of action and adventure. The adventure speeds us across the U.S. and Mexico, introducing us to extraordinary characters and exciting scenarios along the way.
Matching Harriet Tubman in power are the murderous Mama Maybelle and the cigar-smoking, gun-toting, ass kicking anti-shero, Black Mary Fields (aka “Stagecoach Mary”).

There are many more Black heroes in Fantasy and Science Fiction who I will introduce you to in later installments. What women heroes of color are your favorites?