THE FRESH FEST OF AFROFUTURISM! 13 Authors Rock the Mic in Honor of Octavia Butler and L.A. Banks!

THE FRESH FEST OF AFROFUTURISM!

13 Authors Rock the Mic in Honor of Octavia Butler and L.A. Banks! 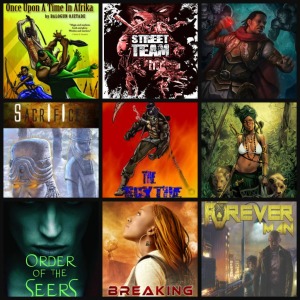 The State of Black Science Fiction Authors and Artists Collective decided it is time to do a tour to let the world know that we’re here; that great Black books, written by, for and about Black people do exist (yes, there are many who still don’t know).

Hmm. Which would be best to do – a virtual book tour, or a blog tour?

A virtual book tour is much like a traditional book tour but instead of the author flying from city to city, they are featured on a wide variety of blogs and websites as a guest blogger or author.

We wanted to do something different from a typical virtual book tour and from a traditional blog tour. I decided to let the idea present itself when it was ready. I sat down to do my daily writing, turned on my YA Writing Playlist on Spotify – I am working on a YA Novel / Graphic Novel entitled The Keys – and the first song to play was Run-D.M.C.’s Rockbox. 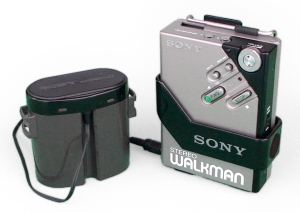 Yeah, I know, Rockbox isn’t exactly jumping out of teens’ Ipods nowadays – damn, they’re missing out – but back in my teen days, it was always found screeching out of my Walkman…and no, not the digital one launched in 2007; I’m talking the 1982 Sony Walkman cassette player, baby…with Dolby C noise reduction and everythang!

And that’s when it hit me…

“We’ll do this like Fresh Fest!” I shouted with glee.

“What is Fresh Fest?” My son, Oluade, who is eleven years old, inquired from the balcony of my office (well, it was actually the breakfast nook he shouted from, but it is above my office and all my children watch me work from there – whether I want them to, or not – so it feels like a balcony, to me). 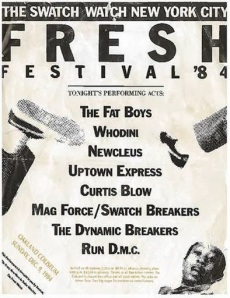 The Fresh Fest concert tour, which began in 1984, was headlined by Run-D.M.C., and featured Kurtis Blow, Whodini, the Fat Boys, and Newcleus. It was hip-hop’s first big moneymaking tour (3.5 million on 27 dates).

It was followed by Fresh Fest II, which included the same acts, with Grandmaster Flash and the Furious Five replacing Newcleus.

This was hip-hop at its best. A stage of superstars – brought this revolutionary, still fairly new form of music, to the world.

One after another, these stars left their blood, sweat and a portion of their spirit on stage. And we – the fans – gave spirit back. Hell, in Chicago, at Fresh Fest II, they even had a linoleum floor set up for any b-boys and b-girls who felt the urge to breakdance or pop-lock (which thousands did, without one incidence of violence; I miss those days).

So, the tour formed in my mind – each day, a “superstar” (author), would take the stage and step to the mic. They would write a blog about their book, or books and the rest of the superstars on the tour would post that blog as a guest blog and shout that blog out all over social media. We would bring the best in Black Speculative Fiction to the world. Yep. That’s what we were going to do.

And we would name – and do – this tour in honor of two of the biggest superstars in literature. Two superstars whose names are synonymous with Black Speculative Fiction and whose works have inspired most of the Black authors who write Science Fiction, Fantasy or Horror: Octavia Butler and L.A. Banks. 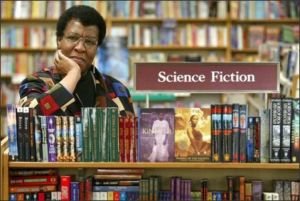 Octavia Estelle Butler, who shared a birthday with my father (June 22), was an internationally acclaimed science fiction writer. A recipient of both the Hugo and Nebula awards (two of each, actually), her evocative novels explore far-reaching issues of race, sex, power and, ultimately, what it means to be human. Butler was one of the best-known women and Black authors in the field. In 1995, she became the first Science Fiction writer to receive the MacArthur Fellowship.

Set in time periods ranging from the historical past to the distant future, Ms. Butler’s books are known for their controlled economy of language and for their strong, believable protagonists, many of them Black women. She wrote a dozen novels, including Kindred, Parable of the Sower; Parable of the Talents; and, Fledgling. 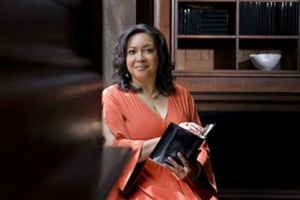 On April 14, the Butler / Banks Book Tour begins. Thirteen authors of Black Speculative Fiction are ready to rock the mic.

So, readers around the world, get ready. The literary Fresh Fest is coming! 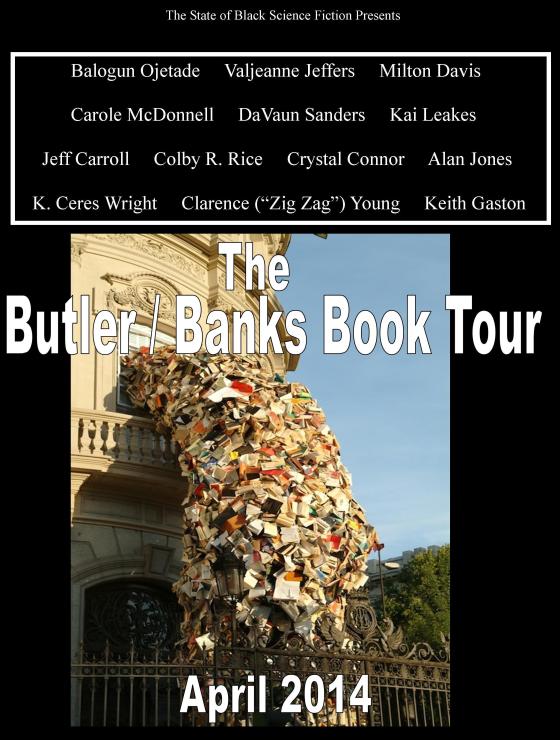