PSYCHOLOGY, SANKOFA AND SWORD & SOUL: Why We Need Fantasy and Folklore!

PSYCHOLOGY, SANKOFA AND SWORD & SOUL: Why We Need Fantasy and Folklore! 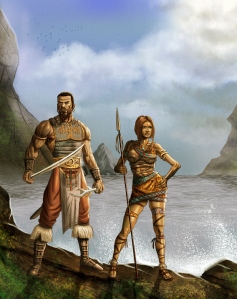 Fantasy often takes  place  in  otherworldly settings – such as the planet Pandora,  in the film Avatar –  or a slightly different version of the world we  know, such as Nyumbani, in Charles R. Saunders’ incomparable Imaro series of novels. The  details  that  go  into  the  imagining  of  a fantastical  setting  allow  the  writer  to  both  ground  a narrative in reality and challenge the notions of that reality.

In Fantasy, the distractions of the mundane world are stripped away by the fantastical setting, and the remaining resemblances between the story world and our world are only those that really matter.

Fantasy stories do not explicate their authors’ philosophies; rather, they incarnate them and thereby put them to the test. If author Milton Davis’ readers find his seafaring Swahili prince, Changa Diop, beautiful, it is because Changa represents the high and noble in human nature that rings true, that persuades us, whether we realize it or not.

Too often, Fantasy stories are mistaken as diversions for the entertainment of children, stories that not only aren’t true, but could not possibly ever be true. Many Black people discourage their children from reading fantasy and certainly will not read it themselves because Fantasy dares to tell children to believe in fantastical things like wizards and monsters. Fantasy does not teach children that monsters exist…they already know that. Fantasy teaches them that monsters can be slain – a lesson we grown folks need to learn and internalize too!

Recently, a few writing colleagues and I were guests at an annual festival that celebrates natural Black beauty, wellness and culture. We were invited to sit on a panel and discuss why Black people should read and write speculative fiction.

We were introduced by famed hip-hop artist and activist, Professor Griff of the famed Hip-Hop Group, Public Enemy (*sigh* yes, the same group to which Flavor Flav belongs), who spoke briefly before bringing us up.

When it was announced that we were discussing Fantasy and Science Fiction, the crowd of three hundred dwindled to twelve.

One of the authors was near tears and has since not shown up at any events where it is clear that a majority of Black people will be in attendance. She was shocked and hurt by the reaction of the festival’s attendees. She felt as if her own people had rejected her; perhaps even hated her for “selling out” to Fantasy and Science Fiction.

I was not shocked. These were “conscious” Black people and I know how so-called conscious Black people think, for I am one of them.

“Conscious” Black people are quick to accuse something of being trivial and a distraction from the work of awakening the ignorant masses of our people. And, to many of them, fiction is as trivial as you can get.

Damn the fact that our ancestors were master storytellers and conveyed most life-lessons and values through fiction. In fact, most traditional African cultures still have their Djeli, Sanusi, Babalawo, Iyanifa, Houngan, Mambo, Bokonon and other griots – keepers of the culture and history. And these storytellers are revered.

Damn the fact that every corner in the Black community has its storytellers; every mosque; every church; every barbershop.

Damn the fact that many of the Fantasy stories told by authors such as Yours Truly, Milton Davis, Valjeanne Jeffers and, of course, Charles Saunders are written in the subgenre of Sword and Soul and by writing such stories, these authors are applying the African principle of Sankofa.

Sankofa is an Akan word that means, “One must return to the past in order to move forward.”

The symbol of Sankofa is that of a bird whose head is faced in the opposite direction of its body. This illustrates the fact that even though the bird is advancing, it periodically makes it a point to examine / return to its past, since this is the only way for one to have a better future.

Some also interpret Sankofa to mean, “No matter how far away one travels they must always return home.” 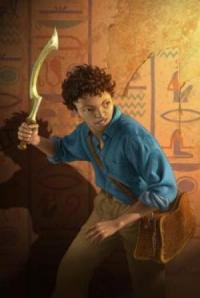 Fantasy stories carry readers beyond the restrictions of time and space and promote a sense of mystery and transcendence, helping readers envision a better society where intelligence, courage, and compassion prevail.

They awaken higher ideals without preaching and show how the small and powerless can triumph through perseverance and patience.

Fantasy is perfect for Black people. Conscious, or otherwise.

Balogun Ojetade, author of the Sword and Soul novel, Once Upon A Time In Afrika and Milton J. Davis, publisher and author of the Meji and Changa’s Safari Sword & Soul series, have come together to create a world of mystery; a world of magic; a world of warriors and Gods of Light and Darkness.

I recommend you give Ki-Khanga: The Anthology a read and enjoy tales of our past – both dark and glorious – that offer an escape from our present and pathways to our future.