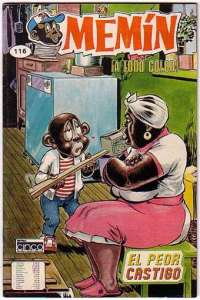 In response to the hostile and inaccurate portrayals of Black People in the media, W. E. B. Du Bois and Paul Robeson argued that all art is propaganda and their art would always be political. They advocated an Uplift Program to improve the image of Black people in society. Authors and playwrights who prescribed to this program presented fine and upstanding Black people who conformed to the social mores of the day. 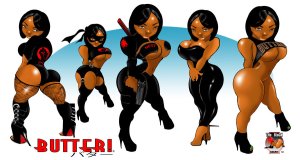 Alain Locke, who believed Black people lived in a world with political realities and needed to respond with deliberate politics in their work, wrote in his foreword to the literary collection The New Negro, “We turn therefore in the other direction to the elements of truest social portraiture… we shall let the Negro speak for himself.”

Author Wallace Thurman rejected both the politics of the Racial Uplift and of the Harlem Renaissance “New Negro.” Wallace believed Black writers should be able to portray Black people in whatever manner they best expressed the story.

He organized a group of authors – including Zora Neale Hurston, who rejected the Racial Uplift efforts to present Black people in a way that would accommodate the cultural standards of the white majority. Hurston also asserted her work as distinct from the work of fellow Harlem Renaissance writers, whom she described as the “sobbing school of Negrohood” that portrayed the lives of Black people as constantly miserable, downtrodden and deprived – to create their own magazine, FIRE!!, that would publish stories about the Black experience without any filters or censors.

FIRE!! sold very poorly, however, and was condemned by WEB Dubois and Paul Robeson as maligning the image of the Black community.

So, as Black creators, should our fiction, film, television shows and comic books always show Black people in a positive light? Should our work seek to expose and deal with racism, sexism, oppression, colonization and cultural appropriation? Should we portray Black people in any way we see fit, positive or negative? What do YOU think? 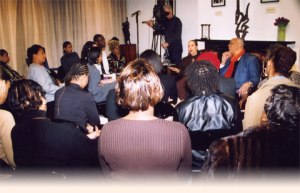 Tomorrow – December 30, 2014 – a roundtable of Black experts in Afrofuturism and Speculative Fiction will meet to discuss this issue and more and offer solutions.

What is a roundtable, you ask?

A roundtable is a form of academic discussion. Participants agree on a specific topic to discuss and debate, with each person given equal right to participate.

Roundtable discussions are also a common feature of political talk shows. Talk shows such as Washington Week, Real Time with Bill Maher and Meet the Press have roundtables of reporters or pundits.

The Black Speculative Fiction Radio Roundtable airs Tuesday, December 30, from 8:00pm-10:00pm EST. The show will be hosted by Ed Umoja Herman and actor Khalil Maasi (“The Blacklist”). The participants in the roundtable are veterans and movers-and-shakers in writing, filmmaking, publishing, event production and comic book creation in the genres of Science Fiction, Fantasy and Horror. They include:

Join them for two hours of Black Science Fiction, Fantasy, Horror, Action and Adventure…plus great conversation, dynamic readings of some great work and a lot of knowledge dropped about the power and importance of speculative fiction, ending sexism in Black Speculative Fiction, countering negative Black images in the media, creating, controlling and distributing our own creative works and more.