In the wake of the popularity of the hit Urban Fiction television series Power and Empire, people worldwide are clamoring for more Urban Fiction content across media.

Already outselling every other genre in books, Urban Fiction is now making major moves on television.

Of course, this is not new – The Wire continues to be popular, although it aired its final episode March 9, 2008. And, even though similar shows – shows that are just as intense; just as violent; just as crime-ridden – that don’t feature a majority Black cast are called “crime dramas” – The Sopranos, Boardwalk Empire, Wentworth (a remake of the series Prisoner: Cell Block H, from New Zealand) and Gang Related – they, too, are wildly popular with youth and adults from all ethnic backgrounds, but especially Black people.

What, exactly is Urban Fiction, you ask?

In many ways, Urban Fiction is a tough genre to define because, in trying to give it an exact definition, we inject our own biases into the definition. You may be familiar with urban fiction under other names – Street Lit; Hip Hop Fiction; Ghetto Lit. All of those terms, however, reduce the genre to something much more specific than it is. Every story doesn’t take place in the streets; every story is not about a b-boy, b-girl, or does not contain a hip hop aesthetic; and many are not set in some ghetto or slum. Street Lit, Hip Hop Fiction and Ghetto Lit might instead be considered subgenres of Urban Fiction. 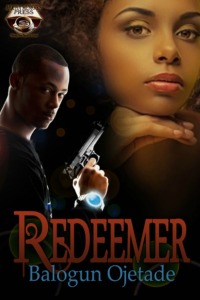 Though rare, Urban Fiction can also contain elements of Urban Fantasy – Kingmaker: The Knights of Breton Court – and Science Fiction – Redeemer. Both these books feature action packed, gritty and thrilling stories and are considered to take Urban Fiction to new heights of craft and quality.

Urban Fiction is a genre within the Super-Genre of Realistic Fiction. In Realistic Fiction, characters are ordinary, “real” people. Characters usually change as a result of some “real world” problem (drug addiction, rape, a dying loved one) they must attempt to resolve.

The setting is usually imaginary, but could possibly exist and, while it is usually set in the present, the story can also take place in the past, future, or in no time at all.

The plot in Realistic Fiction must be plausible and believable. The reader should feel that the story really happened. Often, young readers will ask if a Realistic Fiction story was real and will be disappointed when they discover it was not.

As mentioned earlier, Urban Fiction is mostly realistic, but stories can take on elements of Fantasy, Science Fiction or the Paranormal, as long as the feel is still gritty, and the plot is still plausible. 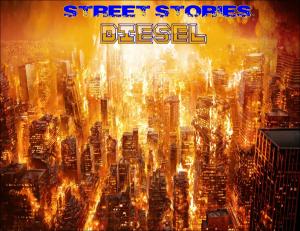 Street Stories is a show that delivers intelligent, exciting and meaningful Crime, Pulp and Urban Fiction Drama across media. The first of its projects will be the ongoing audio series Diesel, which will air its first episode in mid-spring.

Each episode will be followed by Word from The Streets, a talk show in which the host will discuss the show that just aired with a member or two of the cast and give a sneak peek at the following episode.

Following is some of the work from Roaring Lions Productions and Def B4 Dishonor Productions.

We will continue to update you with news of this series, which is bound to be a hit!