WRATH OF THE SIAFU IS HERE! 2 Reasons Why We Love A Great Origin Story 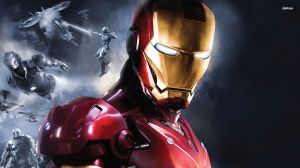 Why is every superhero movie an origin story?

Because we love them. Hollywood makes billions of dollars off us because we flock to go see them. But why?

Is it because they show the exact moment when a normal guy goes from being ‘just like us’ to being somehow ‘better, faster, stronger’?

Is it because they show us not how to become super but how to be heroes; to choose altruism over the pursuit of wealth and power?

In one form or another, the superhero origin story has been around forever – a hero battles supernatural forces and returns home more prestigious – or comes of age – from this perilous adventure, gaining more power in the process.

Superheroes typically experience two types of life-altering events that transform them; that drive them to become greater than they were when we first meet them:

The first event is trauma. 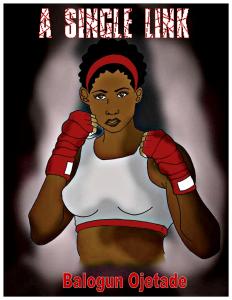 In A Single Link, Remi is sexually assaulted by Mixed Martial Arts professional fighter Chris Cunningham. This drives Remi to train to become the first woman to fight professionally in co-ed MMA matches and to eventually become a champion. Others who have become superheroes through some traumatic event are Batman (the murder of his parents) and Mister Terrific (the accidental deaths of his wife and unborn child).

The second life-altering event is destiny. 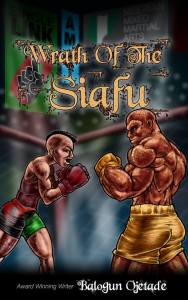 In Wrath of the Siafu, Remi is endowed with enhanced physical abilities that she ultimately uses to combat a corrupt and oppressive system. While her choosing to fight the system is due to her and others suffering at the hands of an oppressive and tyrannical state, she comes to realize that she was destined to become a superhero. Others who were destined to fulfill their destiny as superheroes are Static and Black Lightning.

Superhero origin stories inspire us and help us to find meaning in loss and trauma. In fact, A Single Link, which first came to life as a short film, was adapted into a novella after I suffered the loss of my father on October 16, 2013.

Before it even premiered, the wildly popular television series Gotham made history when Netflix bought the exclusive subscription video rights to the series, shelling out $1.75 million per episode, in a an effort to expand its international audience.

That Netflix is using Gotham, a prequel to the Batman stories, as part of its international growth strategy speaks to the power of the allure of origin stories. And their decision, it appears, was sound. Gotham is a hit.

Another reason we are interested in origin stories is that we like people to be predictable. We have a need to understand others – where they are coming from, and why they do what they do. Origin stories help us make sense of other people.

So those are some reasons we enjoy a great origin story. What are some other reasons? Your feedback is welcome and encouraged.

Oh, and if you are hankering for a great origin story now, check out A Single Link and Wrath of the Siafu, which just released today.

A young genius is gunned down brutally by the police.

Remi Swan – our hero from the hard-hitting Action-Adventure novella, A SINGLE LINK – fights to defend the little boy and herself.

She is arrested, imprisoned, forced to fight and infected with an experimental virus that turns women into raging monsters…or worse.

Possessed with incredible – and scary – new abilities, Remi sets off a war against a system that has long brutalized Black people. A war that, alone, she might not be able to fight, but now she is backed by an army…a powerful and deadly force of her own making.

Now, that brutal system will suffer the…

WRATH OF THE SIAFU!

Part Action Adventure; part Thriller; part Superhero origin story, Wrath of the Siafu – sequel to the hard-hitting Action Adventure / Martial Arts hit, A Single Link – exploded onto the scene today and is sure to leave in its wake many satisfied readers.

Wrath of the Siafu is now available in e-book and in paperback!