“Man, I loved the movie Drop Squad,” a friend told me. “The acting? Dope! The camera work? Top notch! But the screenplay? The screenplay was wack!”

I said “If you enjoy any film, that’s in large part due to the writing.”

“Bruh,” he sighed, shaking his head, pitying my ignorance. “A screenplay ain’t nothin’ but the dialogue. The Director is the one who makes a movie HOT!”

I asked him “How, then, did the silent film The Artist get nominated for an Oscar for its original screenplay?”

Now, before you call my friend an idiot, know that he holds a Master’s Degree in Anthropology and a PhD in Afrikan History and is a professor at a university in Georgia.

He is no idiot. He – like many others – believes the popular misconception that screenwriters are responsible only for writing a movie’s dialogue.

This is a major reason that screenwriting remains one of the most misunderstood and unsung aspects of filmmaking.

Screenwriters are overlooked by the press and all but forgotten when it is time for reviews and awards for films and independent screenwriters are lucky to receive half a hand clap.

However unrecognized they may be, screenwriters are a crucial part of a movie-making team. Every scene, from the characters, to the setting, to the dialogue to even when characters engage in those cool fight scenes we love so much is created by the screenwriter. The Director, Cinematographer, actors and the rest of the film’s production team then bring the screenwriter’s story to life on the big or small screen. It all begins with the screenwriter.

I would like to take this time to introduce you to 7 screenwriters of Afrikan descent who have written great indie screenplays in the genres of Science Fiction, Fantasy, Horror and Action-Adventure and who have created quite a buzz on the national and international film scenes.

I know that seven does not seem like many, but there aren’t many independent Black screenwriters out there and even fewer who write speculative fiction.

Hopefully, this will inspire you to one day join their ranks. 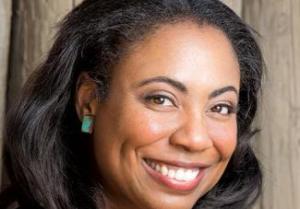 Probably the least “indie” out of all the writers listed here, Barbara Marshall’s first writing credit was an episode of Stargate SGU. After that she was hired as a staff writer on 2011’s Steven Spielberg produced Science Fiction television program, Terra Nova. In 2012, Marshall penned the virus thriller Peste, which details a young girl caught up in a quarantine with her family when a deadly virus outbreak occurs. The screenplay will be produced under the title Viral, with “Paranormal Activity” franchise directors Henry Joost and Ariel Shulman on board. Marshall’s most recent script, the supernatural thriller Exorcism Diaries, is being developed by Summit.

Steven Barnes and Tananarive Due

Barnes and Due co-wrote the short story Danger Word, which led to their two collaborative novels, Devil’s Wake and Domino Falls, both set in the same zombie-infested post-apocalyptic world.

The books became so popular, fans demanded a movie and Barnes and Due delivered with the short film, Danger Word. Danger Word has gone on to be popular and fans eagerly await more shorts and hopefully a feature film from this talented couple.

Steven Barnes, a veteran author, has published 28 novels and more than three million words of science fiction and fantasy. He has been nominated for Hugo, Nebula, and Cable Ace awards. His television work includes The Twilight Zone, Stargate and Andromeda, and his A Stitch In Time episode of The Outer Limits won an Emmy Award for actress Amanda Plummer.

Tananarive Due has written a dozen supernatural suspense novels, including the African Immortals series that began with My Soul to Keep.  She won an American Book Award for her supernatural thriller The Living Blood, and she, with her husband, Barnes, won an NAACP Image Award for the mystery novel In the Night of the Heat, in collaboration with actor Blair Underwood.

This duo is a powerhouse writing and production team, who create, produce and distribute their own films as well as the films of others under their company, ASC/Troopers Touch Entertainment, a collaboration of Wingster’s Troopers Touch Films and Angelo’s Action Scene Combat Productions.

Troopers Touch Films was founded in the early 90s by Wingster out of his passion for the martial arts and action films. Wingster’s intent is to bring realism to action films combined with the soulful expressions of the 70s film era.

Action Scene Combat Productions was founded by Demetrius Angelo, a martial arts stuntman and fight choreographer for more than 20 years. Angelo’s passion for the martial arts and action film genre and seeing a void of ethnic action heroes in movies inspired him to begin making films in the late 90s and to found the NYC Action Actors Academy Screen Fighting Program.

Through the many excellent Action, Fantasy and Science Fiction films they have written, directed, produced and distributed, Angelo and Wingster bring us the beauty, talent, and vision of multicultural artists across various media.

Both successful and popular authors of Sword and Soul, Steamfunk, Science Fiction, Fantasy, Action-Adventure and Urban Fantasy novels, Ojetade and Davis decided to combine their creative talents and collaborate on live action and animated films and the production and facilitation of Science Fiction and Fantasy conferences, conventions and film festivals

Ojetade and Davis further developed Davis’ near-future world in which assassinations and assassins’ guilds, are legal and Ojetade transformed Davis’ incredible story into a unique, exciting and original script that won the coveted Urban Action Showcase and Expo 2014 award for Best Script.

Ojetade and Davis are weighing their options in regard to who they will work with to get the screenplay produced while working on Ngolo II.

They will premiere the long awaited Steamfunk feature film, Rite of Passage in 2015 and continue to write novels and work on animation projects.

Below is some of the work from the screenwriters you were just introduced to. Enjoy!

Leave a Reply to AUTHOR vs. WRITER: Which Side Will You Choose? | Chronicles of Harriet Cancel reply