I use history as a source and creative tool in most of my writing. Real world history has heavily influenced my writing since elementary school, since –after English – History was my favorite subject. History has been used as a source of terror in my horror fiction, and speculative history is a major part of my science fiction settings.

Among all spheres of knowledge, History – as a device for storytelling – best rewards our research.

History is not the absolute that it is often treated as, however. From the perspective of the present, the past can not be known with great certainty. Thus, history tells stories of past events, and – like all stories – is told by someone for a purpose.

History can be used to enlighten, educate, entertain, inspire, and influence.

Two history types are very useful for writing fiction: Imaginative History is history that is wholly created. This is the history of most fantasy worlds.

The other type is Speculative History. This includes the “what if” of alternate history, as well as the projection of possible events into the future, which is the history of most science fiction settings.

Both types use historical analysis to generate a plausible set of events. This allows us, as writers, to tap into these created histories to add depth and life to our stories.

By far, the simplest technique is to take a bit of real world history and use it for inspiration. Alter a few things, combine fragments together, and you can create something with depth and character.

Begin with a change point – a historical event that you want to alter. From there, you can move on, creating changes until you end at the point your story begins. There are two theories with regards to change points. On one hand you can choose a major event, such as Germany winning WWII, the African Slave Trade never happening, or Frederick Douglass becoming President. The other theory is to change one small event and write what happens as a result, such as President Obama choosing Hillary Clinton as his Vice President, or Martin Luther King avoiding assassination.

Whatever you decide to write, the next step is to show how and why the change in history occurred. For smaller changes, this is easier. The larger changes often require a summation of smaller changes, which result in the larger change. The earlier the change point, the greater the ‘snowball’ effect of changes. To be believable, you must do your research. Otherwise, you may make a mistake in some detail in setting or dialogue and readers who have done their research – a common phenomenon in science fiction and fantasy – are going to call you out on it. The readers’ suspension of disbelief will fade; they will close your book; and they will tell the world – via all the social media sites – how much your book sucks.

Although you do not need to be an expert, it helps to be well versed in history. I cannot stress enough that, if you are going to write speculative history, you must research…research…research!

You sit down to write a new story or novel. You want your story to be alternate history, with strong elements of fantasy and science fiction mixed. In fact, you want your story to be about Harriet Tubman. You want the world she operates in to be of the steampunk subgenre of science-fantasy and you want her – and others in her world – to possess “superpowers” (by the way, this has already been done – see the novels Moses: The Chronicles of Harriet Tubman and The Chronicles of Harriet Tubman: Freedonia). What you are now writing is Alternate Reality – you are going to have to change not just history, but reality itself.

This means adding magic, anachronistic science based on clockwork mechanics and steam technology, psionics, super powers and the like. As with the altering of history, this will cause cascading effects on the timeline that need to be addressed.

If magic is possible, what does that mean to history? How would aether-based physics effect the development of social and political structures? If people can read minds, what does that do to concepts of privacy? If you have people flying around and throwing horses over houses, what purpose does society put these powers to? These are questions intrinsic to certain genres, but they also apply to the alternate history that introducing changes in reality can bring.

One of the pitfalls of altering reality is that suspension of disbelief becomes an issue. The degree to which you convince the reader these things are possible depends – once again – on the degree of your research.

Some of you may say “Research isn’t necessary. After all, I am just writing fiction. A simple ‘it happens’ should suffice.” To that, I say that the reader is more sophisticated than you give them credit for. I also would say that fiction is not the art of just ‘making things up’. In fact, I envision fiction as a turkey drumstick: It is the bone of reality covered by the meat of creativity. Meaning, at the core of good fiction is reality and then you add layer after layer of creativity around that core. 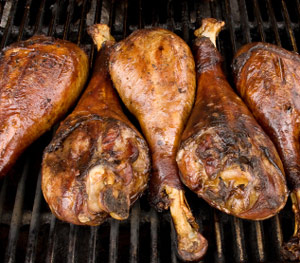 In coming blogs, I will explore techniques to help you with your research and the use of sources beyond the internet, for – indeed – Wikipedia has become the ‘Cliff’s Notes’ (remember those annoying yellow and black books?) of the modern era: the information is often incorrect; it is the literary equivalent of secretly using a calculator on a math test; and everyone knows you used it.

More, later, on that, though.

Until next time – happy writing!