In the meantime, enjoy some of the press SOBSF Con is getting – both real and imagined – you figure out which is which.

Next we have a newspaper article from Atlanta Black News: 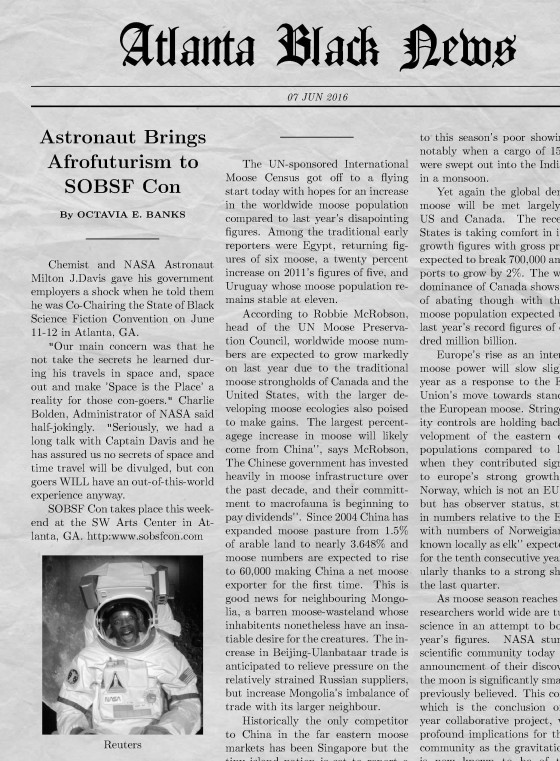 Next, Balogun Ojetade was named ATLRetro’s Kool Kat of the Week!

And finally, THIS happened: 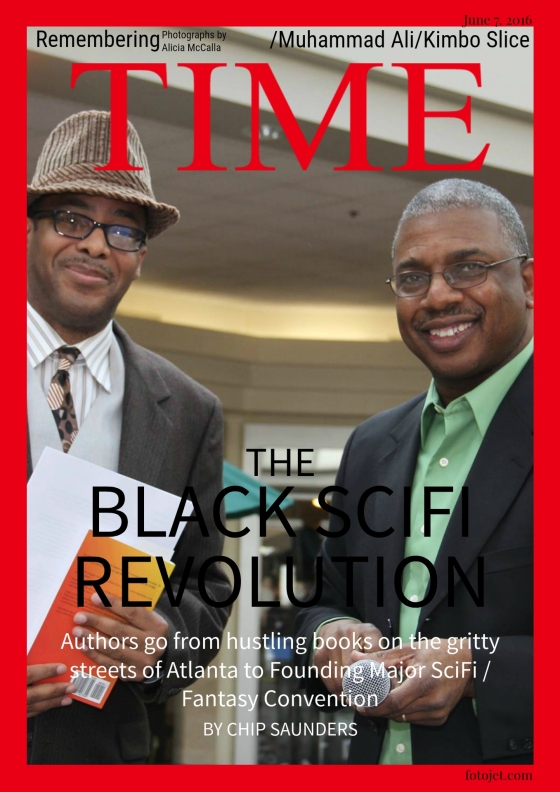 Join us THIS WEEKEND, for two days of Black Speculative Fiction, Film, Fashion, Fabrication and FUN!