Why YOU should back Ki Khanga: The Sword and Soul Role-Playing Game 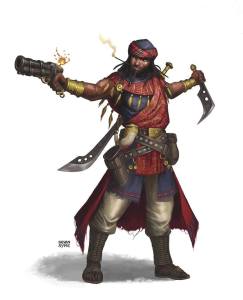 Ki Khanga: The Sword and Soul Role-Playing Game is an immersive fantasy role-playing game (RPG) that allows players to fulfill real-world social needs through interaction during imaginative play. Although Ki Khanga may appear to be a game of simple make-believe, the emotions, camaraderie, and accomplishments experienced by players are real, suggesting that this game of African heroes and sheroes, warriors and witches, sages and storytellers, kings, queens and clerics has real-world implications for its players. 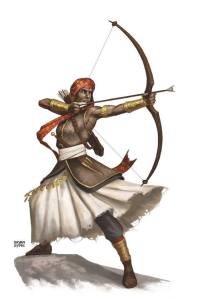 Ki Khanga is an African-inspired epic and heroic fantasy roleplaying game that uses regular playing cards to resolve conflicts and to achieve feats in a fun and dynamic way that keeps the action and drama moving.

Ki Khanga: The Sword and Soul RPG contains all the tools and guidance players need to don the roles of sword, spear and bow-wielding warriors; powerful Babalawo and Nana priests, who control the forces of nature; nangas, who cast powerful magic through their nkisi statues; and countless other occupations, all creatable through Ki Khanga’s free form character creation system.

Taking many inspirations from oral history and literature, Ki Khanga gives players a unique experience, immersing them in a world of African folklore and culture. Add in some Sword and Sorcery excursions into the forests, desert, plains, rivers, seas and sprawling metropolises, along with ancient temples and powerful gods and demigods and you have Ki Khanga – classic tabletop roleplaying, with a fresh configuration of friends, fiends, foes and formidable dangers. 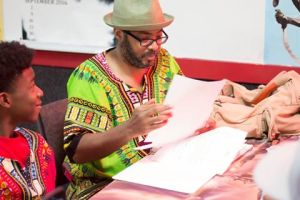 The guide – or referee, if you will – is called the Griot, and it is his or her responsibility to create the story structure, enforce rules, and describe actions. Though the Griot guides the story, the development and enactment is dependent on the creativity of the players. Players meet in small or large groups and work under a guiding set of rules to accomplish imaginary tasks. Thus, Ki Khanga functions as a form of group-related, organized, controlled, waking fantasy. 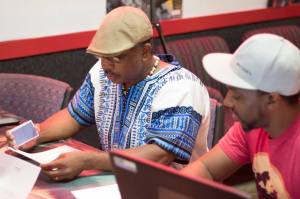 The notion that needs are met through RPGs is evidenced by the multitude of playtime hours accrued by groups as well as the ways that players bond, construct inside jokes, and revel in retelling specific adventures. When I was in high school, I committed to memory most of the rules from the core books of the Dungeons and Dragons RPG – the Player’s Handbook and the Dungeon Master’s Guide – and I could tell you what page(s), in what book, a rule, a weapon, a race, or a character class was on.

You do not put that much effort into a game unless it meets several of your needs. 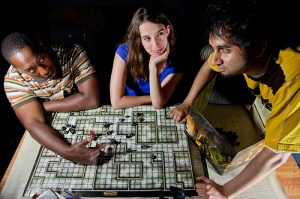 Fantasy games have been used to improve comprehension, spelling, and critical thinking for students with learning-disabilities.

Research on role playing games has shown that they contribute to higher levels of well-being, less depression, and less mental debilitation among older adults.

Playing games is an important activity in all cultures, at all age – and economic – levels, providing strong evidence that game-play contributes to a variety of positive effects on humanity. 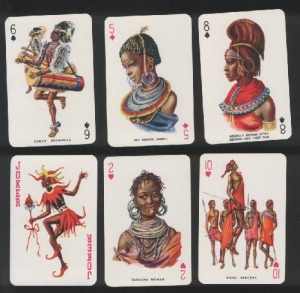 One specific game genre that contributes to an assortment of cognitive health benefits is the RPG. Role-Playing Games allow players to become a character in a game by taking control of the character’s dialogue and actions.

This can be a deeply personal process in which a player delves into the character’s psyche. When a player merges minds with a fictional character, the process can result in a significantly higher level of character attachment compared to other forms of character-driven media. Some of the cognitive benefits of RPGs include the ability to experience other perspectives, practice visualization, escape social pressure, increase personal control, improve social skills, and release unconscious fantasies. 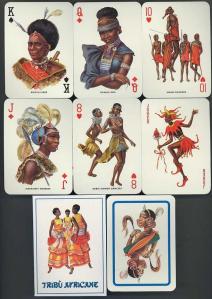 While Massively Multiplayer Online (MMO) RPGs, like World of Warcraft, allow players to meet in virtual spaces via the internet, tabletop RPGs, like Ki Khanga, typically require in-person group play. Regardless of the type, RPGs have the power to fulfill real-world needs.

Yet, it is not the mere act of role-play that satisfies needs; rather, it is through the act of communication in role-play that serves this function. Tabletop fantasy RPGs are guided entirely by talk and interaction. As such, they have much potential to teach us about communication and the subsequent needs that are met.

Symbolic worlds move toward each other to overlap through communication. It is an emotional understanding that enables group members to sympathize, empathize, and identify with one another. 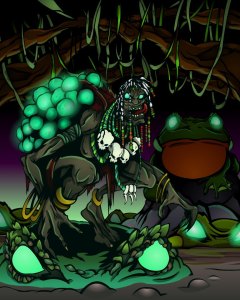 To identify instances in which symbolic convergence occurs, examine the fantasy-themes that develop and emerge during communication. A fantasy theme emerges when a specific idea or discourse is supported within a community. The tempo of the conversation picks up. People grow excited, interrupt one another, blush, laugh, and forget their self-consciousness. In essence, when others gravitate toward a line of dialogue, the discourse expands, like a chain reaction.

When group members respond appropriately to a fantasy, they publicly display a verbal and nonverbal commitment to an attitude or perspective in an observable way – if we cheer a hero’s action, for example, we support that action; if we laugh at a character’s antics, we define his behaviors as deserving laughter. Typically we do this without giving it much thought. 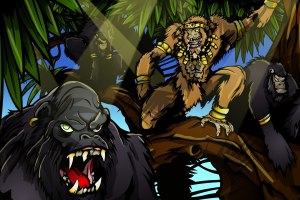 Participation in fictional extraordinary activity fulfills an important need to experience the world in exciting ways with the benefit that no real danger will take place.

So, as you can see, Ki Khanga has many psychological, sociological and emotional benefits. You should back the game’s Kickstarter for that.

Finally, everything you could ask for in a role-playing game setting is in Ki Khanga: an angry Creator-God, scheming nobles, powerful, and often frightening, ancestral, nature and supernatural spirits, mighty warriors and hunters, fierce battles on the pyramid-strewn savannahs of Kamit, in the fighting pits of Oyo, and beyond.

It’s all in the world of Ki Khanga, and it’s almost ready to be enjoyed at your gaming table. The game is written and in final draft layout right now. We have about a third of the art already finished and in place.

Are you ready for African-flavored fantasy gaming? Are you eager to see African-inspired characters and settings in your game’s artwork? If your answer is yes, Ki Khanga can and will give you what you want to see and experience.

Join us in making Ki Khanga a reality!